Home NEWS Fraudulent and unfair election in Somalia: A time to learn from the...
Facebook
Twitter
WhatsApp
Linkedin
LINE 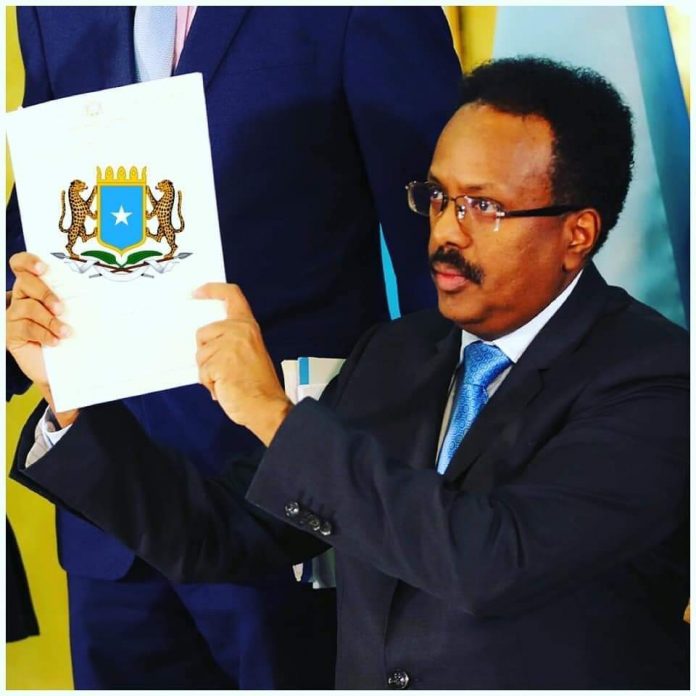 Most African countries attained their independence from colonial powers in 1960s. These freedoms come with sacrifice of forefathers to ensure a better future for generations to come in centuries ahead. But many countries, these hopes were lost in less than a decade or so and greedy and power-hungry politicians/ military juntas (through fraudulent elections or coup d’état) diverted the visions of freedom fighters had dreamt for these African countries into a nightmares which left a black mark to remember.

Renowned Somali poet Mohamed Ibrahim Warsame “Hadrawi” was quoted “We the society create the dictators and tyranny regimes by clapping them and chanting empty rhetoric for false populism when they come and later complain their actions when we are powerless and unable to defend ourselves—so the blame should be put on us not them”.

A prime example could be our own Somalia. Our independence didn’t come so easy, but people sacrificed their lives, and wealth. So, the question worth answer is that did these freedom fighters’ kids and future generations yielded the fruits of being free from oppression or exercised democratic rights that their patriotic fathers hoped and envisioned for them and the country. The response would loudly be no.

Electoral malpractices and manipulation are common occurrence in Africa and most of third world countries, which in return hindered continent’s democratic governance and development agenda. This practice is caused by lack of constitutional term limit for presidential race and weaker institutional framework. This vacuum allows greedy, power hungry politicians to capitalize it to remain in power and enriched themselves regardless of what it costs for poor millions who they govern and sponsor their big bills/services. To keep the status-quo, in other words, these politicians never intended to comply or abide by constitutional supremacy or other laws in place. In African countries, this led to establishment of dictators and tyranny regimes that eats our future and future for generations to come.

By turning to the focus of this writing and emphasizing what a fraudulent and unfair elections meant for this country and the cost it paid. In brief, it is a loss that if the whole world comes together cannot repair and compensate. It vanished the future hopes of millions, just like you or me who will never be able to reclaim it back. But the sad part is we are to blame for all what occurred to our precious future not outsiders but to a greedy, power-hungry politicians. It might be a surprise to you or first time to hear, but Somalia was once epicenter of Africa’s democracy and rule of law was above us all. in 1967, Somalia was Africa’s first country which had a peaceful democratic transition where incumbent lost the race through free and fair elections and handed over the reign to his successor peacefully. But this process shorted lived, because of power-hungry politicians’ ambitions to remain in office.

It is worth to shed a light what a fraud and unfair election caused for Somalia and the black mark it left behind. By glancing back, the history, fraud and unfair parliamentary elections in March 1969 diverted Somalia’s road to democracy and good governance and  turned the country to a new immoral chapter that we are still bearing its fruits which was death, dictatorship, then anarchy, civil wars and lawlessness. It was this election year when political elite started to try to solely determine the fate of election results and the future of this country. In 1969, Abdirashid Ali Sharmarke and his premier Mohamed Ibrahim Egal swayed the voice Somali people and the direction their country took. It was an election rigging plan orchestrated by two men, but handful of loyalists participated in its execution. The interesting issue was, they never thought of where the end-line would be and for how long this power-play would last. However, it was not too long for that
moment to come. Six months after elections, country’s president Abdirashid Ali Sharmarke was assassinated by a police officer and the reason for his killing was associated with grievance from election results where many believed it was rigged to
favor the incumbent. The election manipulation not only costed the death of the president, but less than a week, it changed the whole atmosphere of democratic governance into a
dictatorship regime led by military juntas with no constitutional supremacy which ruled the country for two decades. The sad part also was most of those political elites ended up in prisons which they never thought of it would happen to them when orchestrated the election rigging plan to remain in office indefinitely.

Also, fraudulent and unfair election of 1969 not only changed civilian governance, but it took our right to que and vote as citizens to choose our leaders representing public interest in the legislature. Fifty years down to the road, how many people will participate in this democratic exercise, and our civic responsibility to que and vote for our leaders remains to be seen. Already halfway through in my second twenties’ and I never had the
chance to que and vote (as my father did in his first twenties’ in 1969), but it is a dream I live up to at least to witness my kids to exercise this civic duty in their first twenties’.

By connecting the past history to present, and today’s behaviour of so called political elites, it is apparently clear that they want again to manipulate the fate of millions for the sake of personal desires to remain in office and suck Maandeeq (independence)
indefinitely, no matter how it impacts the poor taxpayers. It is understandable that Somali politicians never learn a lesson from history but still cane to recycle same methods while
never think of where the end-line would be sooner or later.

Today’s practice shows that the same old tactics are in play to control the parliamentary and presidential election results. In 1968, central government modified electoral codes by
merging local/national sub-laws into single legislation to influence the selection of election body members to suit their pursuit to remain in power. So did current federal government of Somalia (FGS) employ similar strategies for the agreed electoral model for 2020 elections. But in 2020, there are better chances to manipulate the process. There is no universal suffrage vote to cast this time, but few individuals chosen by political elites will
determine the result for parliamentary seats.

And to manipulate the process, current FGS leadership handpicked loyalist and aides from their offices for most of election committee members (federal and state level) for only
one purpose to control the parliamentary election results. Federal member states (FMS) selected loyalist and their aides for the election committees as well for the same purpose
as of that FGS which is to influence the election outcome in their respective states. This fraudulent process will jeopardize the election integrity to be free from malpractice and irregularities.

Also, the involvement of the security apparatus was noted back then in 1969 elections, and it is now visible how the heads of security agencies pursue to determine who should be elected for parliamentary seats in both lower and upper chambers of federal parliament who then elect the president. This involvement questions the integrity of the security agencies as neutral organs that should be non-partisan to all parties to ensure fairness.
With majority of the country is out of federal government control and clans play big part of modern Somalia politics, untrusted security agencies and disputed election result may
descend the country into deep societal divisions and more clan fiefdoms that might lead to another bloody civil war.

Opposition groups already objected the individuals selected for the election committees, meddling of security agencies, particularly National Intelligence and Security Agency
(NISA) in political process and questioned the integrity of the election itself and warned future consequences due to disputes from election results.

Somali intellectuals, academicians, CSOs and Tink-Tanks, all voiced their concerns for the selection of election committees and doubted the integrity of the process in 2020/21. This composition of loyalists and aides from the top offices, pose a serious threat to free and fair election process once their nomination is based on to determine certain goals and cannot act in non-partisan manner. In post conflict or fragile countries, such untrust and accusation in electoral process integrity turns later into confrontation which leads to civil unrest and anarchy unless mitigated in advance through dialogue and consensus
where all parties involved agreed to the process.

Unless to learn from the past or find a savior, Somalia is again falling into trap similar to that of 1969 election where the actions and interest of few politicians costed this country a huge price that dictated its fate for the followed fifty years. in 2020, similar past mistakes are on the verge which may cause more civil wars, internal conflict and complete disintegration of Somali society if politicians disagree the results.

These concerns pose a serious threat to the efforts made for the last two decades, after the birth of third republic in 2000 and will jeopardize the country’s path towards peacebuilding and state-building process. Greedy, and power-hungry politicians already
costed Somalia a lot and it cannot afford to slide in again for their trap for the sake of individual political objectives.

Going forward, Somalia has the chance to either choose the path towards stability, state building and democratization or descend into more anarchy, civil wars and complete disintegration. This chance is now in the hands of federal leaders, regional state leaders, opposition and civil society groups which all need to choose between individual interest over national interest. Today, they have this power to decide which path the country to take but rest assured they will not have this power tomorrow when things fall apart and no longer in their control. It is testament to their leadership and to use lessons learnt from the past to mitigate future political catastrophes.

Also, it is time for President Mohamed Abdullahi Farmaajo to look for credible options to manage political transition and reconsider his personal ambition for re-election over nation’s road to stability and democratization agenda. Try your luck but in a process where all opponents have a faith to contest in a free and fair manner. It is time for the president to show a leadership and convene all stakeholders dialogue to seek common ground and break the impasse surrounding this election cycle.

Finally, as the head of the state, president Farmaajo should choose between Aden Adde (founding father of Somalia’s democracy and first president) role model of inclusive, non- partisan, free of fraud and manipulation election or the model of an election characterized

by fraud, unfair, manipulation, corruption (by spending taxpayers money) and violence. It is up to the president to choose which way to go, but for good or bad, it will be a history
written off on his name! It is a time for Somalia politicians to learn from past mistakes to shape the future and democratic success of this country.