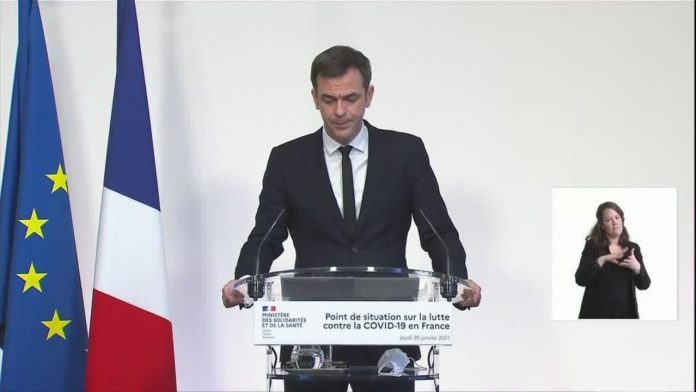 The Covid-19 virus circulates faster every week and a stricter curfew introduced earlier this month has failed to limit the spread of the virus, French Health Minister Olivier Véran told a news conference on Thursday.

He called for stricter measures to limit the virus, in addition to the current curfew 18.00 to 06.00.

“We consider these new variants as new viruses,” said Véran, adding, “We must avoid a pandemic within the pandemic.”

The Minister of Health said that the number of patients infected with new variants has increased from about 500 per day in early January to more than 2000 patients per day today.

About 60 percent of France’s intensive care beds are now occupied by coronavirus patients, he said, adding that France is now close to having to transfer patients between regions to alleviate the pressure on some hospitals.

Earlier, French spokesman Gabriel Attal said the coronavirus variant first discovered in England, which is said to have a higher transmission rate, had been found in 10 percent of Covid-19 cases in France.

Attal told France Inter radio that the option of a stricter lock remained open to President Emmanuel Macron’s government, but he did not provide more specific details.

France reported nearly 27,000 new confirmed cases of Covid-19 on Wednesday, the biggest one-day jump since mid-November when France was in its second full lockdown.