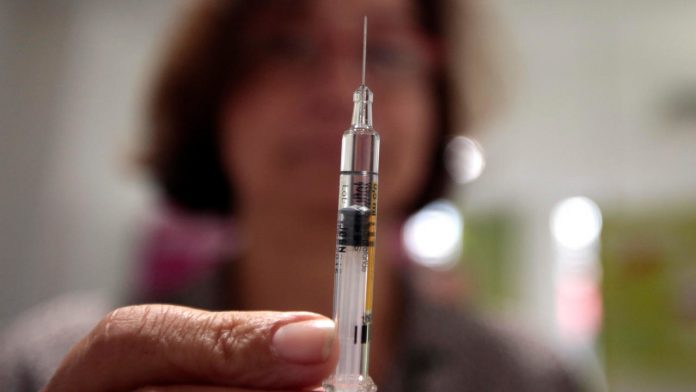 The French government on Thursday unveiled its Covid-19 vaccination strategy and promised openness as it sought to allay fears and growing levels of skepticism in France over the safety and efficacy of the new vaccines.

The French government will begin its vaccination in January, with nursing homes first in line before the program expands in February to vulnerable elderly and people with underlying health conditions. In the spring, the vaccine is expected to be available to the rest of the population. Vaccination is free for everyone but it is not mandatory.

The French will have access to both the Pfizer / BioNtech and Moderna vaccines, which will be available no earlier than the end of December, if not from January, after approval by the European and French authorities.

But one of the government’s biggest obstacles will be overcoming the high level of mistrust of vaccines in France – one of the highest in Europe – which could hamper efforts to fight the coronavirus and potentially delay a return to “normal” life.

The French Prime Minister Jean Castex emphasized the need for clarity when outlining France’s vaccination plan. “I am committed to complete transparency and exchange of information about the decisions we will make,” he said.

“Before we immunize against the coronavirus, we must first immunize ourselves for fear,” he said, suggesting the challenge facing health officials.

France is ranked among the most hesitant countries in Europe to take the new Covid-19 vaccines, only after Hungary (56%), Poland (56%) and Russia (54%), according to a World Economic Forum survey which was published in September by Ipsos. On the other hand, countries with an expected strong uptake of the vaccine were China (97%), Brazil (88%), Australia (88%) and India (87%).

The widespread mistrust of vaccines in France could possibly stem from a previous vaccination campaign that was damaged by misinformation.

“In France, the population still remembers what happened during the hepatitis B vaccination program. In the 1990s, it was wrongly suspected to trigger multiple types of multiple sclerosis,” explained Dr. Caroline de Pauw, a sociologist at the Lille Center for Sociologic and Economic. Studies and research.

“Some people are still very afraid that if they are vaccinated, they will get sick from the vaccine.”

This fear has apparently resurfaced with the Covid-19 pandemic, although none of the vaccines have yet shown serious side effects.

“Some people who are not vulnerable wonder if they are at greater risk with a vaccine – whose side effects are still unknown – than if they get the virus,” the sociologist explained.

To counter the concerns, the government will need to advocate convincingly for vaccination and be careful to avoid confusion and contradictory statements it made earlier this year about masks and tests.

French President Emmanuel Macron said the government would rely on “a scientific committee responsible for monitoring vaccination” and on “a collective citizen who engages the population to a greater extent”.

Macron has chosen Alain Fischer as its principal to coordinate the country’s vaccination strategy. An immunologist and biology professor, Fischer said he wanted to work with “healthcare professionals who are themselves convinced by transparent and open communication about the risk-benefit analysis of these vaccines; community groups, such as associations representing those with chronic diseases, and researchers and specialists in “vaccine certainty” (an unwillingness to be vaccinated) that is likely to make suggestions on the best way to communicate “.

According to de Pauw, one of the government’s priorities will be to provide a strong education campaign that explains both the pros and cons of being vaccinated.

The sociologist claims that anti-waxers do not refuse “vaccination in principle but because they indirectly fear for their health”.

“We really need to take the time to explain to the population how these different vaccines work, while answering all the questions, even the simplest ones.”

The government “must reassure the French people”, de Paux stressed, by focusing on vaccine safety. In addition to driving home this positive message, the French government must also “reinforce its messages on the benefits of collective or widespread vaccination”.

However, some of the gray areas around the vaccines are likely to undermine government announcements.

Fischer pointed out on Thursday that it was not yet known whether the vaccines “protect the vaccinated individual against infection” or “against transmission”.

“We only have press releases from the companies behind the vaccines. As a researcher, I look forward to seeing articles published in scientific journals,” he said.

Given that there are unanswered questions regarding the Covid-19 vaccines – even among researchers themselves – it is not surprising that the French have answered the vaccination development with uncertainty.

“During all vaccination periods, there is always a segment of the population that decides not to be vaccinated. If it is 5% of the French, it is not worrying. But if it is 50% or 60%, you have to ask yourself questions,” said de Pauw. .