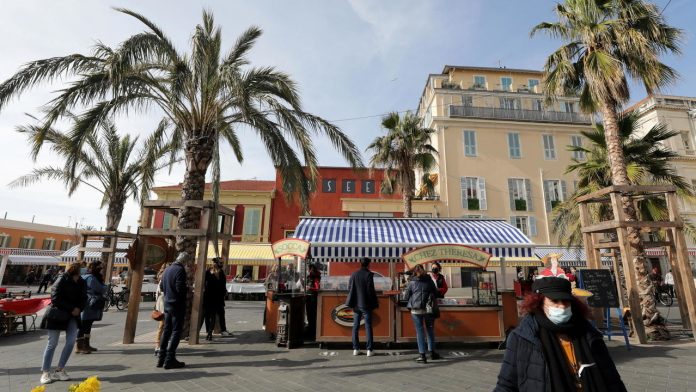 The rapid spread of coronavirus infections in and around the French Mediterranean city of Nice will require further restrictions on movement, Health Minister Olivier Véran said on Saturday.

Véran said that a decision on possible further tightening of the boundaries of human movements will be made during the weekend.

“There are some cities and areas in France where the virus circulates much faster than anywhere else and this may require regional lock-in measures,” Véran said during a visit to a health center in Nice.

The French government has used local curfews and locks in other areas but has generally preferred nationwide measures.

“If the government decides that we have to go to a partial lock-in, for example every weekend, I will support it and encourage it,” said Christian Estrosi, the Conservative mayor of Nice, who accompanied Véran on his visit.

Following its second national shutdown in November, France imposed a nationwide 20-year curfew, which was tightened to 18.00 in mid-January.

Véran said the nationwide trend of coronavirus infections had worsened in recent days.

France reported 24,116 new infections on Friday, an increase of almost 4,000 the previous Friday. The seven-day average of new infections increased over 19,000 per day after falling to about 18,300 a week ago.

France also reported 571 new deaths due to the virus, bringing the cumulative death toll to almost 84,000.