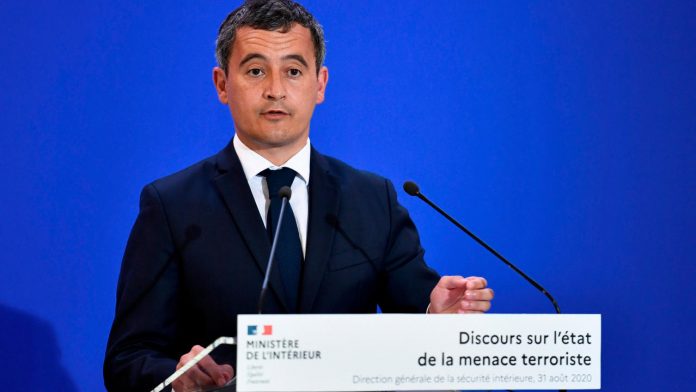 On Sunday, French Interior Minister Gerald Darmanin praised his country’s “cooperation” with Algeria against extremism during a visit to France’s former African colony.

His visit came after a series of deadly jihadist attacks in France.

Darmanin arrived in the capital Algiers on Saturday after a tour of several Mediterranean countries, including neighboring Tunisia.

After meeting with his counterpart Kamel Beldjoud, the French Minister of the Interior thanked Algeria for “our continued cooperation, in particular on security and the fight against terrorism”.

The two men discussed the conflict in neighboring Libya and secret migration, he told reporters.

AFP was not allowed to attend their press conference but received a recording of their statements.

Beldjoud said their visions were “identical in all the topics we discussed”.

Darmanin also held talks with Prime Minister Abdelaziz Djerad, but will not see President Abdelmadjid Tebboune, who is hospitalized in Germany with Covid-19 disease.

The French minister had already planned to visit Algeria when a 21-year-old Tunisian, newly arrived in Europe, allegedly killed three people in a church in the southern French city of Nice last month.

Tunisia, which also hosted Darmanin on Friday, said it would accept France to return Tunisian citizens suspected of being radical Islamists.

As in Tunisia, Darmanin is also expected to ask Algeria to take back a number of its citizens who are illegally present in France or suspected of extremism.

France says more than 230 foreigners currently illegally present in France are suspected of radicalism – mostly from Tunisia, Morocco and Algeria.

Illegal sea crossings to Europe from North Africa have increased, largely driven by economic difficulties accentuated by the coronavirus pandemic.