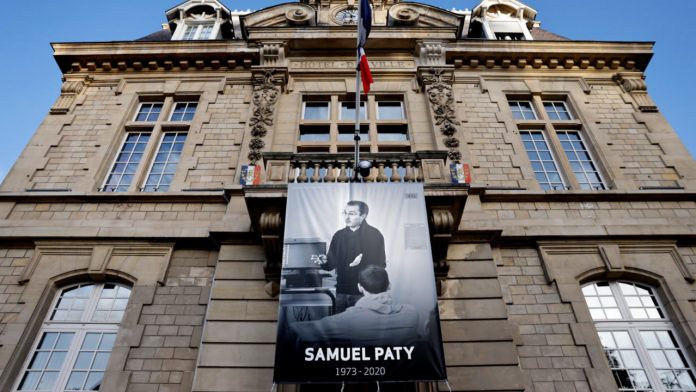 French lawmakers discussed a bill on Monday that they hope will eradicate radical Islam in the country, the belief that authorities maintain is creeping into public services, associations, certain schools and online with the aim of undermining national values.

The bill is broad and controversial, with about 1,700 proposed amendments, and it guarantees a heated debate over the next two weeks in the House of Commons.

In the opening debate, Interior Minister Gerald Darmanin, the bill’s sponsor, said the goal was to stop “an Islamist hostile takeover aimed at Muslims.” He stressed that “we are not fighting a religion”, although some Muslims in France have expressed concern that it adds a new layer of stigma to them. Other religions, from Buddhists to Roman Catholics, have complained that they may also fall from the text.

The bill reflects a priority for President Emmanuel Macron, who in a speech in October drew a bleak picture of what he called “separatism”, a perverse version of Islam, France’s No. 2 religion, which quietly stepped in and created a “counter-society” .

Darmanin reiterated the president in his introductory remarks to the legislators, saying: “Our country is suffering from a disease of separatism, first and foremost an Islamist separatism that is like wildfire infecting our national unity.”

Darmanin, a right-wing member of Macron’s Center Party, took the initiative to propose a law with zeal and wrote a short book to be released in the next few days, “Manifesto for Secularism” – one of France’s fundamental values ​​that the bill he sponsored is intended to protect .

Several attacks in France by Islamist extremists form a background to the bill, even though it has recently been perpetrated by outsiders.

The text applies to all religions, but some Muslims say that the legislation once again points the finger at Islam.

Other critics say the bill covers land already covered by current laws, while right-wing leader Marine Le Pen says the bill does not go far enough or even names the enemy: radical Islam.

The proposed law is an aspect of the French president’s attempt to do what his predecessors tried and failed to do: create a tailor-made “Islam in France”. Separately, the official leadership of the government, the French Council of Muslim Faith, or CFCM, was driven to create a “charter of principles for Islam in France”, which was finalized last month after much controversy among Muslim federations.

Muslim leaders kept a low profile when the debate began.

In small and large ways, the bill seeks oversight of associations and mosques, including foreign funding, and aims to connect entry points for Islamist ideology into the lives of Muslims.

Mohammed Moussaoui, head of the CFCM, said in a parliamentary hearing in January that the new monitoring of associations in the bill is “useful, necessary to combat those who want to instrumentalize associations” to counter French values. However, he expressed concern that officials would “be able to use this tool to disrupt associations, the good students” according to the rules.

The head of the Foundation of Islam, a secular organization representing progressive Islam, called the proposed law “unfair but necessary.”

While Muslims are not mentioned in the text, it points to “only one religion, but a category of citizens”, Ghaleb Bencheikh said in a telephone interview. It is necessary because “French society, the French nation is traumatized by attacks and the reality of radical Islam.” While radicals are a minority, “it is minorities that make up history,” Bencheikh added.

Among the 51 articles, the bill aims to ensure that public service employees respect neutrality and secularism, while protecting them from threats or violence.

In an attempt to protect children from indoctrination and to eliminate underground schools, the text requires that all children from the age of 3 go to a regular school. About 50,000 children were homeschooled in 2020, according to French media. But the number of “secret schools” where children are reportedly indoctrinated in radical ideology is unknown.

Among other important points, the bill aims to keep track of associations, including those that often run mosques, with measures that, among other things, aim to ensure that outsiders can not take control of an association.

Another measure requires associations that receive state funding to sign a “republican commitment agreement” so that they respect French values. The financing must be repaid if the contract is broken. While foreign funding for mosques is not prohibited, amounts above € 10,000 ($ 12,100) must be declared.

Other religions in danger?

If some Muslims feel a new layer of stigma, France’s other religions feel security damage. The newspaper Le Monde reported that they were unanimous in their criticism of the treatment of religious associations, as leaders told a parliamentary commission adding unnecessary layers of work, oversight and suspicion to all beliefs.

The proposed law also aims to stop doctors from issuing certificates of innocence, practicing polygamy and forced marriage. Doctors would be fined and risk imprisonment for providing a certificate of innocence.

The law contains an article that Justice Minister Eric Dupond-Moretti has called the “Paty Law”, following the beheading of schoolteacher Samuel Paty who showed students in a civic class caricatures of the Prophet. It creates a new crime for hate speech online where someone’s personal information is published. A Chechen refugee beheaded Paty after information about the teacher was spread online.

Parliament’s debate comes after the French President’s defense of the right to produce or show such caricatures after the schoolteacher’s beheading, an attitude of free speech that upsets many Muslims abroad. It sparked protests in several countries where Macron’s position was perceived as anti-Muslim, which his government strongly denies. An international collective of pro-Muslim groups lodged a complaint with the UN Commission on Human Rights, accusing the French government of “Islamophobic attitudes.”