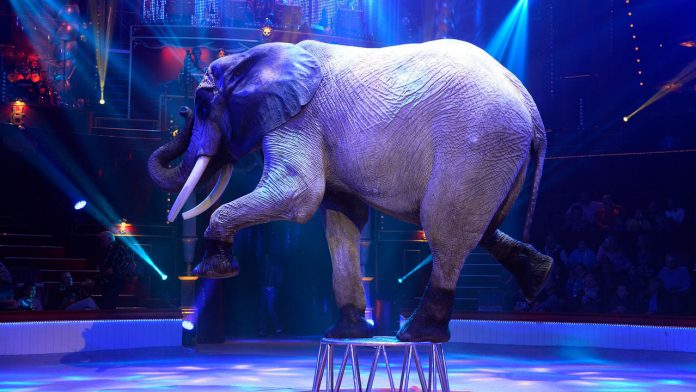 French lawmakers on Tuesday discussed an animal welfare proposal banning the use of wildlife in traveling circuses and keeping dolphins and whales in captivity in marine parks, among other restrictions.

Circus workers held a protest against the bill outside the National Assembly and said that the measure would make the circus and jobs disappear if it became law.

The bill, which also bans the use of wildlife in television programs, nightclubs and private parties, requires a transitional period of five to seven years depending on location.

The ban on wildlife does not apply to permanent exhibitions or zoos.

Another provision in the legislation aims to close down mines in the next five years. The bill would also require new pet owners to obtain certificates guaranteeing that they have the specific knowledge needed to care for their animals.

It would be harsher for punishment for committing abuse that results in the killing of pets up to three years in prison and a maximum fine of 45,000 euros ($ 54,750).

Protesting circus workers said French law is already strict enough to ensure the welfare of animals displayed in their exhibitions.

Kerwich, the Royal Circus director, said he was worried about what would happen to the approximately 800 animals owned by French circuses.

Kerwich said about 14 million spectators participate in traditional circuses with animals in France, while 1 million go to circuses with only human actions.

Frederic Edelstein, a lion educator for Pinder Circus, advocated “an art that is part of our country’s culture.”

“A trainer does not harm an animal, he seeks participation, respect between humans and animals,” said Edelstein. “I have 12 magnificent white lions. They love me …. It is out of the question for me to let my animals go.”

Animal rights activists also organized a rally near the National Assembly on Tuesday, saying they believe the proposed law does not go far enough.

One Voice, an organization for animal protection, called the bill “a big step in the right direction” but said it wants the wildlife ban to be extended to not circulating and showing shows.

“We may not see elephants, lions and hippos on the roads anymore, but a new category of sedentary circuses will be allowed to multiply,” it said in a statement.

A vote on the bill is scheduled for Friday. Lawmakers in the party of French President Emmanuel Macron, who have a majority in the National Assembly, support the measure. After the lower house has voted, the bill will go to the Senate.

Most European countries have partially or completely banned the use of wildlife in circuses. In recent years, some major circuses in France have announced that they are voluntarily ending such acts.

An amusement park north of Paris announced on Monday that it was closing its dolphin show. Asterix Park said its eight dolphins would be transferred within two months to other aquariums in Europe because they could not be reintroduced into their natural environment.