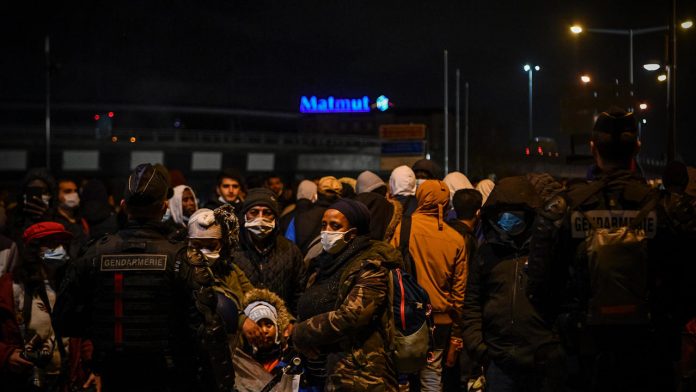 French police forcibly evacuated more than 2,000 immigrants from a makeshift camp in the northern Paris suburb of Saint-Denis near the Stade de France early Tuesday morning.

The dismantling of the migration camp was condemned by human rights groups as part of an “endless and destructive cycle”.

Forced evacuation will ensure that migrants are relocated to various reception centers and sometimes gyms in the Île-de-France region (greater Paris). From 4:30 local time, migrants began to board buses along with their belongings.

According to the organization France Terre Asile, about 2,400 migrants lived in the camp, which has expanded since August.

“These camps are not acceptable,” Paris Police Chief Didier Lallement told a news conference. “This operation aims to ensure that people with the right to be here are protected and that those who do not have that right do not remain in French territory.”

A total of 70 buses were used to transport migrants to 26 accommodation centers.

The situation of migrants has been further complicated by the Covid-19 pandemic. In early October, Médecins Sans Frontières (MSF or MSF) published a survey on exposure levels among the most vulnerable. Of the more than 800 people tested by NGOs at various centers around Île-de-France, 10 emergency centers had a Covid-19 positive share between 23 and 62 percent.

In a press release published on Tuesday, some 30 migrant organizations signed an open letter condemning the “endless and destructive cycle” of forced evacuations.