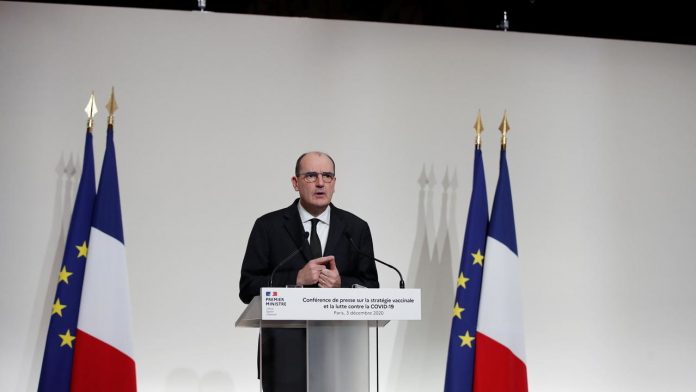 France will provide free Covid-19 vaccinations to anyone in its social security system and has earmarked € 1.5 billion from next year’s social security budget to cover the costs, Prime Minister Jean Castex said on Thursday.

Castex said the vaccination campaign would begin within a few weeks, pending approval by the European Medicines Agency. The inoculation program would be shifted across three categories of people, he said, starting with the most vulnerable in nursing homes in January.

Following the vaccination of a first million people in January, the prime minister said, France will see another 14 million more present risk factors for coronavirus infection inoculated as of February.

“The vaccination will be free for all,” Castex told a news conference.

Covid-19 vaccination will be voluntary in France. Castex assured citizens that the approved vaccines would be safe.

“The remarkable mobilization around the world has enabled the rapid development of vaccines. But this time frame does not in any way mean that we have jeopardized security,” the prime minister said.

>> “I do not take the risk”: France is world leader with Covid-19 vaccine skepticism

Even after the trials, several months would be needed to know if a vaccine managed to stop the transmission

Castex said the spread of the virus continued to decline in France and would soon fall below the threshold of 10,000 new infections per day. France recorded more than 80,000 new cases at the peak of the second wave in November.