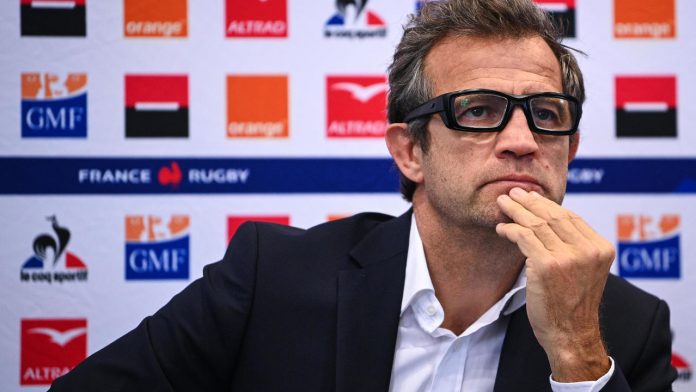 France’s head coach Fabien Galthié did not stay inside the team’s bubble until a COVID-19 outbreak in the French squad has led to the postponement of a Six Nations game, according to the president of the French Rugby Federation.

Laporte, however, stopped not criticizing Galthié.

“I do not understand where the problem may be. But then I’m not a doctor, Laporte said, insisting he continues to have confidence in his coach.

“For me, he has the right to leave from the moment he is masked. He was out masking, Laporte said.

Galthié was among the members of the French squad who tested positive for coronavirus. The outbreak caused the postponement of France’s match against Scotland last weekend. France had won their previous two matches.

Investigations have been launched into the outbreak by the federation and the government.

The first allegations are directed at Galthié after the L’Equipe newspaper first reported that he had violated health records that had been tightened so that the tournament itself could continue. L’Equipe said Galthie broke the rules before the victory over Ireland and reported that some players went out to eat in Rome before leading Italy 50-10.

In this Saint-Valentine’s day, I hope our French team succeeds in beating the fans of rugby fans. Thank you to our supporters, you give us the force.

A thought for amateur clubs that can not play. We also play for you 🇫🇷 pic.twitter.com/IKZjKocpeU

Laporte said the players who went out to eat waffles in Rome had been tested again when they returned. He added that “obviously there is no risk.”

French Sports Minister Roxana Maracineanu has commissioned an internal inquiry and its conclusions are expected later this week. Six Nations was in danger until her government gave its go-ahead for the tournament three weeks ago only after approving the French federation’s stricter sanitary controls.

A new date for the match between Scotland and France has not yet been announced.