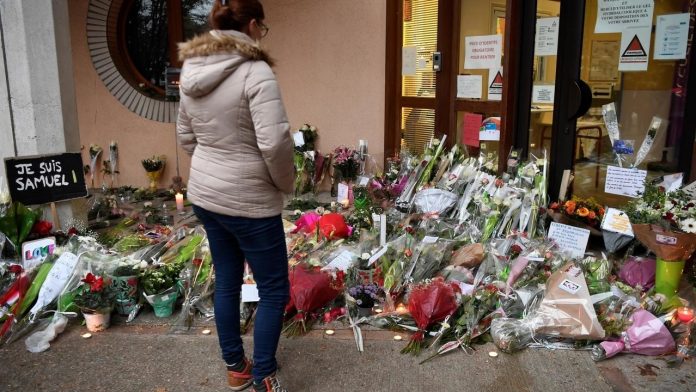 The man who beheaded a French teacher for showing caricatures of the Prophet Mohammad in class had sent a message to one of the schoolchildren’s parents who had complained about the pictures days before the attack, a police source told Reuters on Tuesday.

The source told Reuters that it was not clear if the parents – the father of a girl in the teacher’s class – had responded or what the content of the message was.

History teacher Samuel Paty was beheaded outside his school in the Paris suburb of Conflans-Saint-Honorine on Friday by an 18-year-old man of Chechen origin. Prosecutors said the attacker, shot by police shortly after the attack, wanted to punish the teacher for showing his students cartoons of the Prophet Mohammad in a community course on free speech earlier this month.

BFM TV reported on Tuesday that the father who had condemned the teacher in a video on social media had exchanged WhatsApp messages with the killer in the days prior to the attack. An AFP legal source confirmed this.

The beheaded teacher had been the target of an angry social media campaign in the days before the murder.

The father, who has been detained by police, had posted a video on Facebook on October 8 in which he said he would remove the teacher, prosecutors said over the weekend. The man also went to see the headmaster to complain and posted another Facebook video giving the name of the teacher and identifying the school.

French police say 16 people remain in custody as part of the investigation into the attack.

Memorial march and minute silence at the National Assembly

The assassination shocked France and carries echoes of the 2015 attack on the offices of satirical magazine Charlie Hebdo.

Public figures called the killing an attack on the republic and on French values, and Paty must posthumously receive France’s highest award, the Légion d’honneur.

A memorial march will be held on Tuesday evening in Conflans-Saint-Honorine hours after France’s legislators gathered for a ceremony and a minute’s silence in the National Assembly.