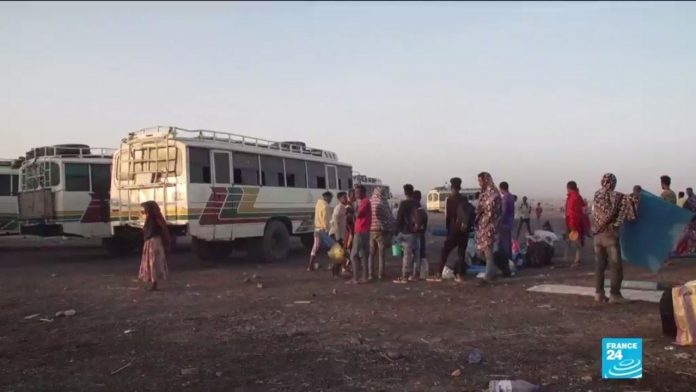 Tens of thousands of people have fled the conflict in Ethiopia’s northern Tigray region to seek refuge in neighboring Eritrea and Sudan. As the Ethiopian government prepares for a final military operation against rebel forces in the north, the UN warns of an impending “full-scale” humanitarian crisis. The Jowharteam submitted this report from the Sudanese border.

In the Sudanese city of Hamdayet, thousands of Ethiopian refugees are waiting for a UN bus to transport them to the security of a new camp.

“We only expect food and protection from the government … these are basic and fundamental things for the person,” he told FRANCE 24.

NGOs are setting up facilities to cope with the growing number of refugee arrivals. Building latrines is a priority to prevent disease outbreaks.

Sudanese locals are pouring in grants to help feed refugees along with established groups such as the World Food Program.

The Sudanese government estimates that 200,000 Ethiopians may cross the border in the coming weeks.