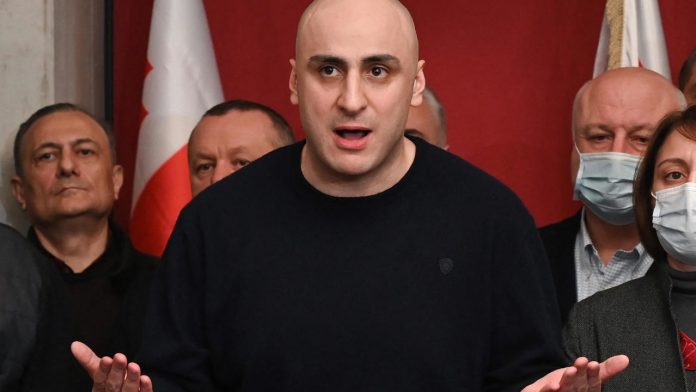 Live television footage showed Nika Melia, leader of the United National Movement, the country’s largest opposition party, being pulled from her party headquarters to be detained.

At the same time, hundreds of riot police used tear gas against his supporters and the leaders of all the country’s opposition parties, which have been camping in the building since Wednesday, Mtavari TV’s live images show.

Lots of opposition supporters were arrested.

“Shocked by the scenes at UNM’s headquarters this morning,” British Ambassador Mark Clayton wrote on Twitter. “Violence and chaos in Tbilisi is the last thing Georgia needs right now. I urge all sides to act with restraint now and in the days to come.”

Georgia has been gripped by a political crisis since the parliamentary elections in October last year, which opposition parties have condemned as rigged.

News of the plan sparked outrage among the opposition and warnings from the former ally of the ex-Soviet country.

In the wake of Gakharia’s resignation, the opposition demanded swift parliamentary votes.

Last week, the United States and the European Union called on the Georgian government to resolve the crisis peacefully and ensure that its legal system remains free from political bias.

Melia has dismissed the accusations against him for “organizing mass violence” during anti-government protests in 2019 as politically motivated.