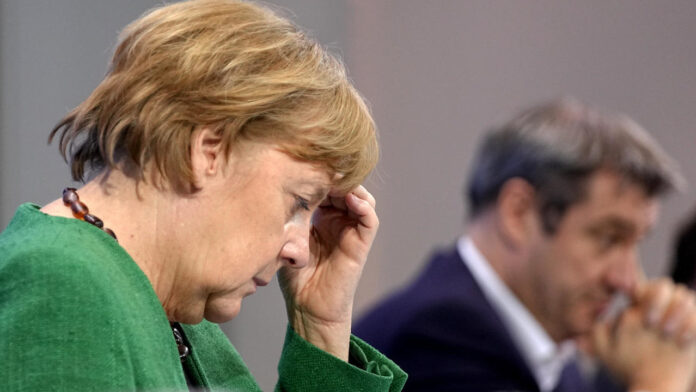 Germany extended its lock-in measures by another month, introducing several new restrictions, including largely shutting down public life during Easter, in an effort to reduce the proportion of coronavirus infections.

Chancellor Angela Merkel announced the measures early on Tuesday after a lengthy video call with the country’s 16 state governors, almost three weeks after the two sides last agreed on a plan that would pave the way for easing certain rules.

Since then, infections have increased steadily as the more contagious variant first discovered in the UK has become dominant. The restrictions that previously sat until March 28 now remain until April 18.

Regions were the weekly number of new infections exceeding 100 per 100,000 inhabitants for three days in a row will face stricter rules, as agreed at the previous meeting.

“Unfortunately, we have to use this emergency brake,” Merkel told reporters in Berlin.

The weekly infection rate per 100,000 people was 107 nationwide on Monday, up from the mid-60s three weeks ago.

Officials agreed to largely shut down public life from April 1-3, add a public holiday and close most stores for the period. Public gatherings will be banned from April 1-5 to encourage people to stay at home.

Among the concerns about the increase in Germans traveling abroad on holiday, the authorities also agreed on a comprehensive requirement that air travelers be tested for COVID-19 before boarding a flight to Germany.

Drawing up legally watertight rules has sometimes proved to be a headache. A court in Germany’s most populous state, North Rhine-Westphalia, said on Monday that it had abolished rules requiring people to attend meetings to visit shops. It is said that they violate a requirement for companies to receive equal treatment.

The state government immediately reintroduced the rules and tightened them for certain companies – such as booksellers and garden centers – which were previously exempt.

According to Tuesday’s agreement, the authorities will strive to offer free tests to all students and teachers in German schools, many of which have recently reopened after months of distance learning.

Merkel said Germany, which had relatively low deaths during the first phase of the pandemic last spring, has seen “successes but also setbacks.”

The country’s vaccination campaign has far exceeded expectations, with only about 9% of the population receiving at least a first shot and 4% receiving both doses by Sunday.

“We do not want our health system to be overloaded,” Merkel said, noting that the new variant has caused serious illness even in younger people who are infected.