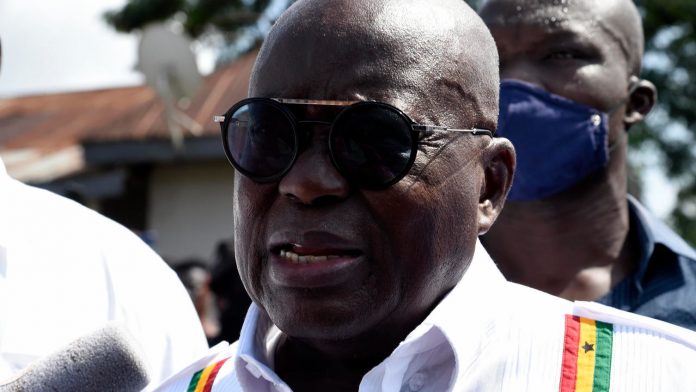 This comes after police said earlier on Wednesday that five people have been killed in election-related violence in Ghana and cast a shadow over a country praised for its stable democracy.

Since Monday’s vote, 21 “cases of electoral violence” have been registered, of which six with shots, according to the police, which gives a charge of five dead and 17 wounded.

Polling on Monday was seen by observers as generally free and fair, but the political climate deteriorated late on Tuesday, when Mahama accused his rival of showing “references that are very undemocratic”.

Akufo-Addo, he accused, had used the military in an attempt to sway the result.

“You can not use the military to try to reverse any of the results in constituencies that we have won. We will resist any attempt to undermine the sovereign will of the Ghanaian people,” said the 62-year-old former president.

He also frankly rejected Mahama’s claim that his center-left NDC had won a majority of 140 seats in the 275 parliament.

“No candidates at this stage should undermine the work of the EC (Election Commission), it is irresponsible and it would jeopardize the country’s peace,” warned Oppong Nkrumah.

“Although there were isolated violent incidents, both on election day and during the campaign … fortunately, the fear of violence and vigilantism did not succeed: they were minor, isolated incidents, some of them tragic.”

Mahama and Akufo-Addo, 76, are old rivals who have met at the ballot box twice before.

Mahama was president for four years until 2016 before he was succeeded by Akufo-Addo. Both of these choices were determined by small margins.

Despite the deaths and the heated accusations, Ghana has a history of electoral stability and complaints are usually conducted through the courts.