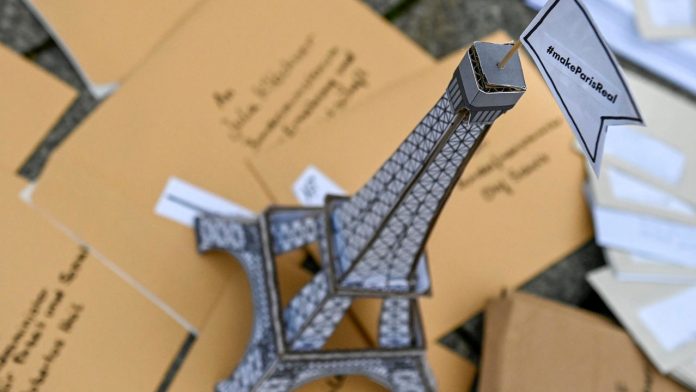 Global leaders will announce more ambitious plans to combat global warming on Saturday, the fifth anniversary of the signing of the Paris Agreement.

The climate ambition summit, which is being held online, comes when the UN warns the current commitments to address rising global temperatures are insufficient.

The United Kingdom, the United Nations and France will host the summit, which will be opened by Prime Minister Boris Johnson at 1400 GMT and broadcast live on climateambitionsummit2020.org.

Chinese President Xi Jinping and French Emmanuel Macron are among the heads of state participating, with speeches handed over to leaders in countries that have left the most ambitious plans.

These include Honduras and Guatemala, both recently hit by hurricanes, and India, which is struggling with increasingly erratic weather patterns and air pollution.

The company’s data will reportedly include Tim Cook, Apple’s CEO, who has committed to making the entire supply chain carbon neutral by 2030.

But large economies including Australia, Brazil and South Africa are missing. Australia has not committed to zero-zero emissions by 2050 and has been accused of setting targets that are too weak.

Speakers will deliver short video messages, with organizers saying they will announce “new and ambitious commitments on climate change” and “there is no room for public statements”.

The 2015 Paris climate agreement saw the signatories take steps to limit temperature rises to “well below” 2.0 Celsius above pre-industrial levels and try to limit them to 1.5C.

But the UN warned this week that under current commitments, the earth is still heading for a “catastrophic temperature rise” of more than 3.0C during this century.

It warned that this would create a crisis that would “dwarf the effects of Covid-19” and said that current commitments to reduce emissions to comply with the Paris Agreement were “sadly inadequate”.

Greenpeace called the summit – seen as a warm-up to the UN’s Climate Change Conference COP26 in Glasgow, Scotland, next November – a “moment of responsibility for leaders”.

Under the “ratchet” mechanism of the Paris Agreement, countries are required to submit renewed emission reduction plans – called nationally determined grants or NDCs – every five years.

The deadline for this is 31 December.

Countries are scheduled to announce efforts to reduce national emissions, long-term strategies and financial commitments to support the most vulnerable.

More than 110 countries have pledged to become carbon neutral by 2050. China, the world’s largest polluter, announced in September that it plans to achieve net zero emissions by 2060.

The EU summit will, as EU leaders on Friday, commit to the goal of reducing emissions by 55 percent by 2030 compared to 1990 levels.

The UK – out of the EU since January – announced this month that it would try to reduce emissions by 68 percent over the same period.

Johnson has put forward plans for a “green industrial revolution” that will create up to 250,000 jobs.

And before the summit opened, he undertook to end all direct state support for the fossil fuel energy sector abroad.

The past five years have been the warmest on record, according to the World Meteorological Organization, a UN agency, with concerns about increasing numbers of fires, storms and floods.

The UN has said that the reduction in emissions due to the global coronavirus pandemic is too small to stop the rising temperatures.

The United States, the world’s second-largest polluter after China, left the Paris Agreement under President Donald Trump, who questioned the accepted science behind climate change.

Incoming US climate envoy John Kerry plans to resume the agreement immediately, and President-elect Joe Biden has set a goal of carbon neutrality by 2050.