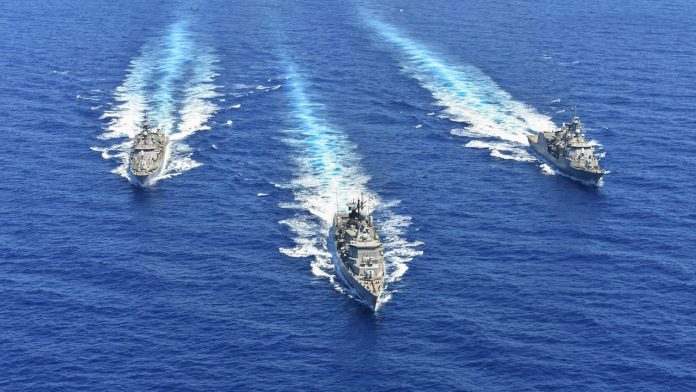 Turkey and Greece resumed talks aimed at resolving long-standing maritime disputes on Monday, ending a five-year hiatus after months of tensions in the eastern Mediterranean.

Neighboring NATO members contradict claims about Mediterranean waters and energy rights, airspace and the status of certain Aegean islands. They made little progress in 60 rounds of talks from 2002 to 2016.

Plans to resume talks were launched last year over Turkey’s deployment of a seismic survey vessel in disputed waters and disagreements over what topics to cover. The ship was pulled back to Turkish shores last year.

Ankara and Athens agreed this month to resume talks in Istanbul, in a test of Turkey’s hopes of improving its relations with the European Union, which has supported Greece’s EU membership and threatened sanctions against Turkey.

“Under the strong leadership of our President, the solution to all problems, including the Aegean Sea, is possible and our will for this is strong,” said Turkish Presidential Spokesman Ibrahim Kalin, who was part of Monday’s talks.

When the talks resumed, Greece completed a € 2.5 billion deal ($ 3.04 billion) to buy 18 French-made Rafale fighter jets. France said it would also present proposals to Greece to renew its frigate fleet.

The exploratory talks aim to reach a common ground on disputed issues to enable formal negotiations. But despite agreeing to resume talks, Ankara and Athens still seemed to disagree on the issues to be addressed ahead of Monday’s meeting.

Athens has said it would only discuss the demarcation of exclusive economic zones and the continental shelf in the Aegean and eastern Mediterranean, and not issues of “national sovereignty”, while Ankara has said it wants all issues, including airspace and the Aegean islands, on the table .

Greek government spokesman Christos Tarantilis said on Monday that Greece “participates in the talks in good faith and expects Turkey to act in the same way”, reiterating the Greek position that the talks are unofficial and focused only on marine zones.

“Greece and Turkey do not even agree on agenda for talks”

The agenda for Monday’s talks, which lasted more than three hours, was not announced. A new round of talks is expected in Athens, a Greek diplomatic source said without giving further details.

Despite the technical differences, both sides expressed guarded optimism, although they still traded barbs in the days leading up to Monday’s meetings.

Prime Minister Kyriakos Mitsotakis said last week that Greece would approach the talks with optimism but “zero naivety”, while Turkish President Tayyip Erdogan said he hoped the resumption of talks would usher in a new era.

Analysts have said an immediate breakthrough is unlikely given decades-old political differences, but resuming dialogue is an important first step following EU pressure on Ankara.

Turkish Foreign Minister Mevlut Cavusoglu held talks in Brussels last week to discuss possible future steps to maintain what he called the “positive atmosphere” between Ankara and the EU. In December, the bloc postponed the issue of sanctions against Turkey until March.