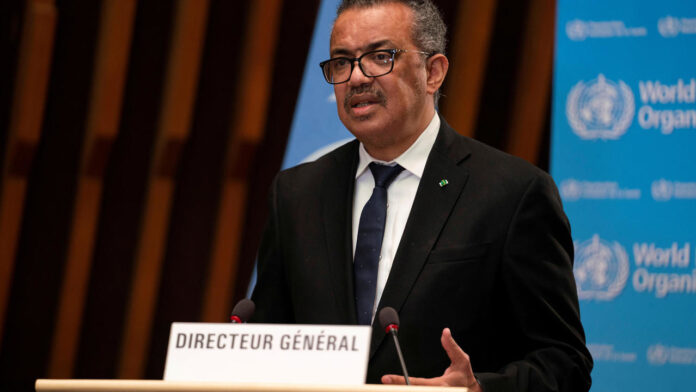 On Monday, the World Health Organization blew up the growing gap between the number of coronavirus vaccines administered in rich and poor countries, and labeled the injustices as a global “moral upheaval”.

The WHO struck at wealthy countries that now vaccinated young people at low risk of developing Covid-19 disease, and said directly that they cost the lives of vulnerable people in low-income countries.

WHO Director – General Tedros Adhanom Ghebreyesus said it was “shocking” how little has been done to avert a completely predictable “catastrophic moral failure” to ensure a fair distribution of vaccines worldwide.

The gap grew “every day and became more grotesque every day”, he told a press conference.

“Countries that now vaccinate younger, healthy people at low risk for disease do so at the expense of the lives of health workers, the elderly and other risk groups in other countries,” says Tedros.

“The unfair distribution of vaccines is not only a moral outrage. It is also economically and epidemiologically suicidal.

“Some countries are competing to vaccinate their entire population – while other countries have none.”

Tedros said that rich countries gave themselves a false sense of security.

The UN chief of health said that the more transmission of the virus, the more variants are likely to emerge – and the more of those that appear, the more likely they are to avoid vaccines.

According to an AFP count, more than 455 million doses of Covid-19 vaccine have been injected in 162 territories around the world.

Only 0.1 percent have been administered in the 29 countries with the lowest incomes, home to nine percent of the global population.

Covax’s global vaccine sharing system ensures that 92 of the poorest economies in the world can access vaccine doses, with costs covered by donors.

To date, it has distributed more than 31 million doses to 57 countries.

The system aims to distribute enough doses to vaccinate up to 27 percent of the population in the 92 economies by the end of the year.

Tedros said countries were in a race against time to bring down the transmission and rich nations needed to match their promises of solidarity with measures to get vaccines to poorer countries.

“If we do not end this pandemic as soon as possible, it could hold us hostage for years to come,” he warned.

Asked about the growing number of cases in Europe, where some states are reintroducing stricter restrictions and fearing a third wave of pandemics, WHO emergency director Michael Ryan said the countries had missed an open target.

He said the nations were seizing straws and thought that just administering lots of vaccine doses would be a “golden solution” to end the crisis.

“The disease is on the rise again in countries where we have an opening, natural fatigue, low vaccination coverage, poor monitoring and control measures in place,” he said, calling the combination “a recipe for major outbreaks.”

“I am afraid we are investing far too much in this (vaccines) as the only solution to solve our problems,” he said.

Pharmaceutical giant AstraZeneca said on Monday that studies showed that the Covid-19 vaccine was 100 percent effective in preventing serious illness.

“This data is further evidence that the Oxford-AstraZeneca vaccine is safe and effective,” said Tedros.

Several European countries last week discontinued the vaccine due to isolated cases of blood clots in people who got jab.

After examining these cases, the WHO confirmed its support for the vaccine on Friday.