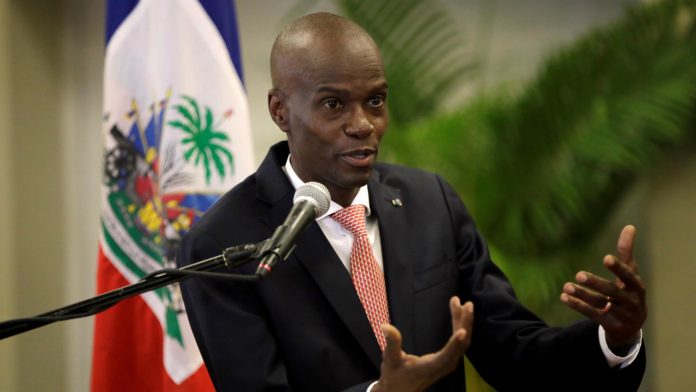 Haitian President Jovenel Moise told the UN Security Council on Monday that “democracy was doing well in Haiti” despite its ongoing political crisis, a statement challenged by the United States, which called on him to swiftly put an end to his time of “rule of decrees.”

Moise has ruled by decree for a year because there is currently no parliament, and only a third of its senators hold office. Legislative elections to be held in 2018 were delayed.

He also claims that his term of office lasts until February 2022 – but the opposition claims that it should have ended two weeks ago, in a suspension of disputed elections.

During a rare speech by a head of state – countries are usually represented by the foreign minister – Moise said that his country “in four years” had to meet bids to disrupt the constitutional order by force.

“At the core of all this is a rejection of the democratic regime and elections as the only way to gain access to the management of state affairs,” he said, praising his own administration’s “tireless efforts … to calm the sociopolitical climate.”

“We are facing a powerful lobby that has great resources,” he said in a speech that lasted 27 minutes, instead of the 15 normally granted, and who were ashamed that the sound and image cut out due to a poor internet connection.

He said this lobby was associated with “tender losers” and has violently blocked the regular function of the Senate, preventing the government from formalizing and voting on a budget and an election law.

The president promised “limited use” of presidential decrees until the next general election scheduled for September, but Washington asked him to stop using them at all, while France said several of the newer ones were “a source of concern.”

Jeffrey DeLaurentis, the United States’ acting ambassador to the United Nations, reiterated “the need to swiftly bring the current term into office by decree.”

He said that such measures should only be taken when absolutely necessary and in matters such as security and election preparations.

“We call on the Haitian government to hold delayed legislative elections as soon as possible in order to restore Parliament’s constitutional role,” he said.

The dispute in Haiti stems from Moise’s original election. He was elected to office in a vote that was subsequently suspended following allegations of fraud and was re-elected a year later, in 2016.

The issue has led to weeks of violent protests in the streets of the poor Caribbean country.