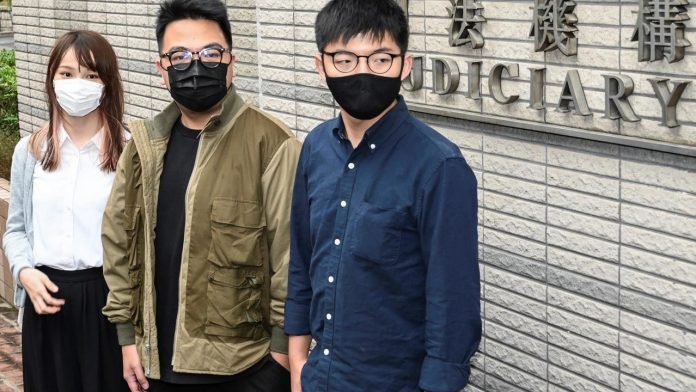 Wong, 24, was charged along with other activists Ivan Lam and Agnes Chow during a meeting last summer outside police headquarters.

Their punishment comes when government critics say it intensifies a powerful counterattack on the Chinese-controlled city’s vast freedoms that was guaranteed when Britain returned it to Beijing in 1997, a tax authority in China and Hong Kong rejects.

“The days ahead will be tough but we will hang in there,” Wong shouted as he was led away.

The three – some of the city’s most visible critics of Beijing’s government – pleaded guilty to various charges, including incentives for an illegal assembly.

“The defendants urged the protesters to besiege the headquarters and chanted slogans that undermine the police force,” said Magistrate Wong Sze-lai as she sentenced Wong to 13.5 months, Chow to ten months and Lam to seven months in prison. She had reduced the overall prison sentences according to their obligations.

“Immediate imprisonment is the only appropriate option,” she said.

Chow, 23, burst into tears when the sentence was read.