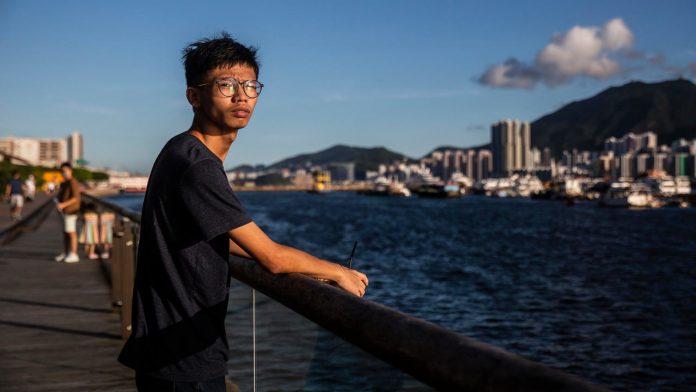 A former leader of the Hong Kong independence group Studentlocalism was on Thursday charged with secession, money laundering and conspiracy to publish insurgent material, the latest person targeted under a new national security law.

Tony Chung, 19, who was denied bail, was arrested Tuesday under controversial legislation punishing what Beijing generally defines as secession, agitation, terrorism and collaborating with foreign forces with up to life in prison.

Like other anti-government organizations, Student Localism was dissolved before Beijing introduced China’s most free city national security law on June 30.

Chung had been released on bail after initially being arrested under new law in July on suspicion of being involved in an organization that promised to fight for an independent Hong Kong.

Two other activists were also arrested on Tuesday and are out on bail.

Beijing said national security law was needed to bring stability to the former British colony after a year of sometimes violent anti-government protests.

Critics of the legislation say it is being used to crush far-reaching freedoms granted to the city when it returned to Chinese rule in 1997.