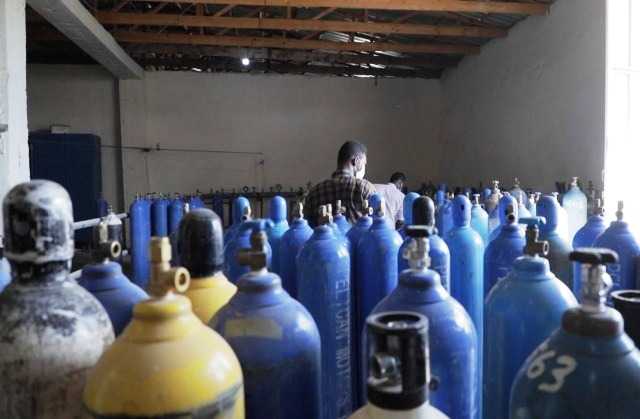 As the incidence of Covid-19 disease worsens, with more people dying in the past two weeks, the health ministry says the disease is spreading, and there is a widespread lack of oxygen.

The Hormuud Salaam Foundation has donated 1,500 (one thousand five hundred) Oxygen tanks to the FGS Ministry of Health for the treatment of patients with the virus.

The HSF oxygen handover ceremony was attended by HSF officials, the Ministry of Health and other officials.

Ali Sheikh Yassin, who spoke on behalf of HSF, spoke about the donation of oxygen to Somalis suffering from Karoona Virus, saying that the Hormuud Salaam Bank Foundation has always been You stand by the Somali people.

The Minister of Health, Dr. Fawzia Abikar Nur, also addressed the media and thanked the management of Hormuud Salaam Bank Foundation for their continued support to the people of Somalia, especially during difficult times in the country. double-sided Covid-19.

This is the second time in 10 days that the management of Hormuud Salaam Bank Foundation has donated oxygen to the people of Somalia suffering from Covid 19.

The donation of 1,500 tonnes of oxygen to the Ministry of Health comes as the Minister of Health said yesterday that there is a shortage of oxygen in hospitals treating people with covidy 19.

The Hormuud Salaam Bank Foundation has been playing a key role in raising awareness, preventing and fighting the disease since the advent of COVID-19.

The Hormuud Salaam Foundation has set an example in this time of need.