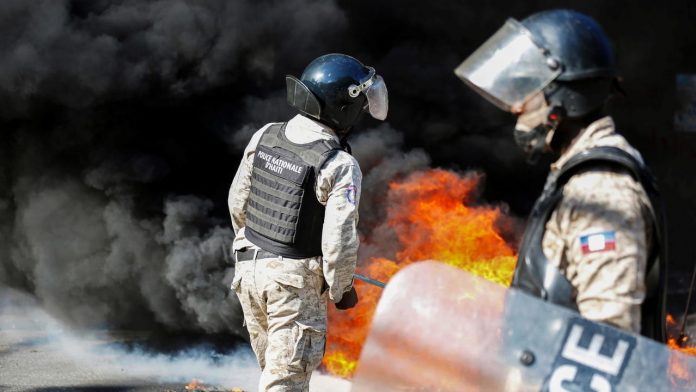 More than 400 prisoners were on the run in Haiti on Friday after escaping from prison in a violent outburst that left 25 dead, including the prison director, officials said.

“Twenty-five people died, including six prisoners and ward inspector Paul Hector Joseph, who was in charge of the prison,” said Communications Minister Frantz Exantus about Thursday’s mass escape from the prison in the capital, Port-au-Prince.

“Among those killed were some civilians killed by the prisoners during their escape,” Exantus told a news conference, adding 1,125 of the 1542 prisoners in the Croix-des-Bouquets prison to their cells on Friday morning.

One of the inmates who died was gang leader Arnel Joseph, who was shot dead on Friday during a police check 120 kilometers north of the prison.

“Arnel Joseph was killed when he attacked a police patrol that had stopped the motorcycle he was on. The police responded and Arnel Joseph is dead,” Exantus said.

Joseph, allegedly the head of one of Haiti’s main criminal networks, was arrested in 2019 and had tried to escape from prison in July last year after announcing his plan in a social media video a few days before the attempt.

During his murder sentence, Joseph had already escaped twice from another prison, in Port-au-Prince, in 2010 and 2017.

The Croix-des-Bouquets high-security prison was inaugurated in 2012 and was built with funding from Canada and has a maximum capacity of 872 prisoners, although almost twice as many were imprisoned there before the escape.