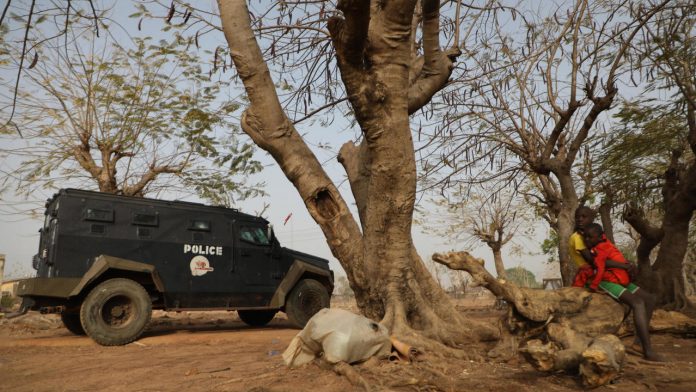 Hundreds of girls are missing after a raid by suspected armed bandits at a school home in Zamfara, northwestern Nigeria, a teacher and parent told AFP on Friday in what would be the latest mass kidnapping in the troubled region.

A spokesman for Zamfara’s state governor, Zailani Bappa, said he saw reports of the attack on social media and checked with a police officer who told him there had been abductions at a school in the state. He could not give further details.

“More than 300 girls are not counted according to the number of employees left,” said a teacher at Government Girls Secondary School Jangebe, who asked to remain anonymous.

A parent told AFP that he had received a call about the incident.

“I’m on my way to Jangebe. I got a call that the school was being invaded by bandits who took away schoolgirls. I have two daughters at school,” said Sadi Kawaye.

The police have not yet confirmed the incident.

Last week, unidentified gunmen killed a student in an overnight attack on a boarding school in the north-central state of Niger and kidnapped 42 people, including 27 students. The hostages have not yet been released.

More than 300 boys were abducted from a school in December in Kankara, in President Muhammadu Buhari’s home state of Katsina, while visiting the region.

The boys were later released after negotiations with government officials, but the incident triggered global outrage.