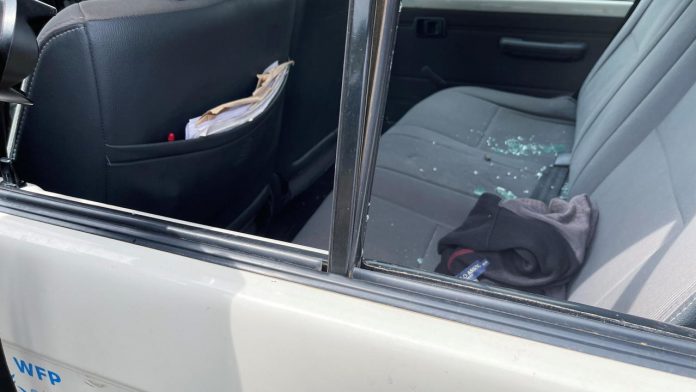 Rwandan Hutu rebels on Tuesday denied allegations that they were behind the assassination of the Italian ambassador to the Democratic Republic of Congo (DRC) and instead blamed the DRC and Rwandan armies, when further details emerged about the attack.

Luca Attanasio, 43, died on Monday after a World Food Program (WFP) convoy was transferred to a dangerous part of the eastern DRC.

The missionary’s Italian bodyguard, Vittorio Iacovacci, and an unidentified Congolese driver also died on the trip.

On Monday, the DRC Interior Ministry accused the assassination of “members of the democratic forces for the liberation of Rwanda (FDLR)” – a rebel group in Rwandan Hutu that has plagued the region for more than a quarter of a century.

However, the group denied the allegations. “The FDLR declares that they are in no way involved in the attack,” the rebel group said in a statement on Tuesday, condemning what it called a “cowardly murder”.

The FDLR instead blamed the Rwandan army and armed forces in the Democratic Republic of Congo (FARDC) for the attack in a statement received by AFP on Tuesday.

It said the ambassador’s convoy was attacked near the Rwandan border, “not far from a FARDC position”.

“The responsibility for this heinous killing lies in the ranks of these two armies and their sponsors who have forged an unnatural alliance to sustain the looting of the eastern DRC,” it said.

The FDLR called on Kinshasa and the UN peacekeeping force MONUSCO to “shed light” on the killings “instead of resorting to hasty accusations”.

Three people died as a result of this morning’s attack: the Italian ambassador to #RDC, Luca Attanasio, his bodyguard for Italian nationality and a WFP driver of Congolese nationality. https://t.co/nHrOSgTSwj

The FDLR was founded by leading Rwandan officers and militiamen who the UN and others have said helped organize the 1994 genocide in neighboring Rwanda. It is one of about 120 armed groups working in eastern Congo.

The group kidnapped two British tourists in the same village in May 2018 and held them for several days before they were liberated.

The surrounding Virunga National Park, which lies along the DRC’s borders with Rwanda and Uganda and is home to more than half of the world’s mountain gorillas, has been closed for nine months.

Meanwhile, Italy began to return home the Italian victims of the attack.

In the eastern city of Goma, a UN cabinet transported the bodies of Attanasio and Iacovacci to the airport, where an Italian cargo plane had landed early in the afternoon to fly the bodies to Rome.

Congolese President Felix Tshisekedi had sent his top diplomatic adviser to Goma to support an investigation by local authorities, the Bureau said on Tuesday.

Monday’s attack occurred north of the northern Kivu capital of Goma on National Highway 2, a road that runs through thick forest, mountainous terrain near the porous border with Rwanda.

The world-famous Virunga National Park, a UNESCO-listed nature reserve, stretches across the area.

Tshisekedi’s office said Attanasio had arrived in Goma on Friday morning aboard a MONUSCO plane.

He went on Monday morning in a WFP convoy with two vehicles on his way to Kiwanja, in the Rutshuru area, together with his bodyguard and WFP workers.

The convoy was transferred three kilometers from their destination by six attackers, armed with five AK-47 rifles and a machete.

“They continued to fire warning shots before forcing the people in the vehicles to go out and follow them into the depths of (Virunga) Park, which they did by shooting one of the drivers to cause panic,” the president’s office said.

Park guards and army troops nearby heard the noise and chased the attackers.

“Five hundred meters (from the ambush), the kidnappers shot empty-handed at the bodyguard, who died on the spot and at the ambassador and hit him in the abdomen,” the presidency said.

After the Italian government expressed shock and outrage over the attack, newspapers in Rome on Tuesday raised questions about security preparations for the trip.

The DRC’s Ministry of the Interior said in a statement on Monday that the security services and the provincial authorities had not been warned about the trip.

“(They) could not provide special security for the convoy or come to its aid due to lack of information about their presence in this part of the country, despite their reputation for instability,” it said.

But the WFP in a statement said the attack “occurred on a road that had previously been cleared for travel without security escorts”.

A UN humanitarian official in the Democratic Republic of Congo, who spoke on condition of anonymity, said that this meant that the convoy must be at least two vehicles.