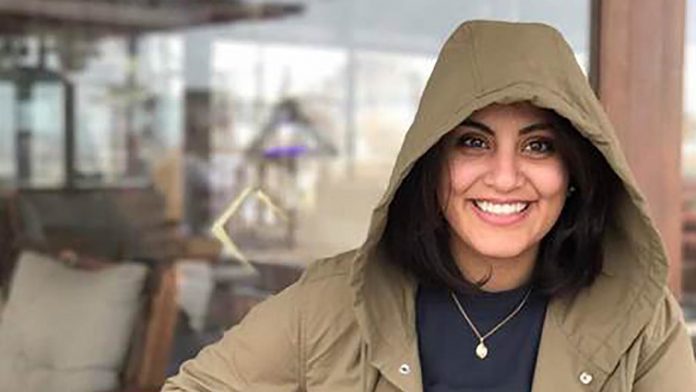 Hathloul, 31, was arrested in May 2018 along with a dozen other female activists just weeks before the historic lifting of a decades-long ban on female drivers, a reform they had long fought for.

At the end of last month, Saudi authorities transferred their case to the Draconian court against terrorism, her family said, and raised the prospect of a long prison sentence, despite international pressure for her release.

“There are accusations of dealing with states that are unfriendly to the kingdom and of providing classified information and other similar issues,” said Foreign Minister Prince Faisal bin Farhan during a visit to Manama, the capital of Bahrain.

“It is up to the courts to decide … what the facts are,” he added without giving any further details.

Hathloul’s treatment has been sharply criticized by rights groups, and her sister Lina al-Hathloul said that during the three years of pre-trial detention, no evidence had been presented to support the allegations.

“Loujain’s accusations do not mention any contact with ‘unfriendly’ states – they explicitly cite her contact with the EU, Britain and the Netherlands. Does Saudi Arabia consider them enemies?” she told AFP.

“The accusations also do not mention anything about sensitive information, they are just about her activism – they accuse her of talking about the human rights situation in Saudi Arabia at international conferences and to non-governmental organizations.”

Lina al-Hathloul said her sister was not aware of the confidential information.

Hathloul, who recently went on a two-week hunger strike in prison, was visibly “weak” and “shook uncontrollably” when she appeared on November 26 in Riyadh’s criminal court, where she has been convicted since March 2019 in closed sessions, Har Lina said.

Saudi Arabia, an absolute monarchy, is facing growing international criticism for its human rights records, although US President-elect Joe Biden’s additional administration may intensify scrutiny of its human rights shortcomings.

“We are not looking at the international pressure on these issues in one way or another,” Prince Faisal said.

“These are domestic issues of our national security and we will deal with them appropriately through our legal system.”

While some interned female activists have been released on a temporary basis, Hathloul and others remain imprisoned on what rights groups describe as opaque accusations.

The government-produced Saudi media have labeled them “traitors” and Hathouloul’s family claims she has experienced sexual harassment and torture in custody.