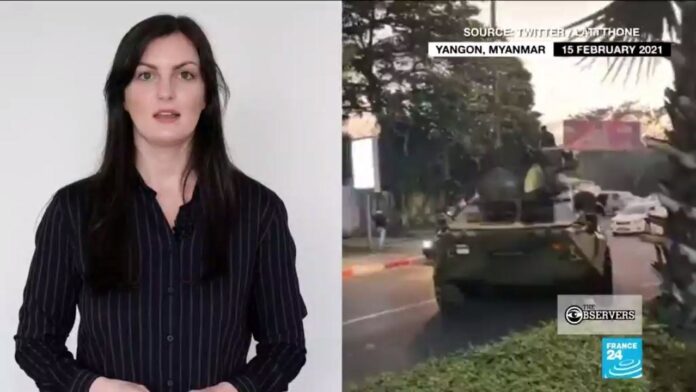 In Myanmar, dissidents have been caught by scornful, scolding or “enchanting” authorities to express their dissatisfaction with the coup. © Observers

Myanmar has seen weeks of popular demonstrations following a military coup on February 1, when armed forces arrested Aung San Suu Kyi, the country’s newly elected de facto leader, along with other members of her party. As the protests escalate, various authorities have been caught scolding, barking or “conjuring” authorities to express their disapproval of the coup.

Protesters in Myanmar have been creative in their resistance strategies by using car horns or pots and pans to make a racket in the streets as a form of civil disobedience.