Home NEWS In the midst of dubious allegations of fraud, three questions with an...
Facebook
Twitter
WhatsApp
Linkedin
LINE 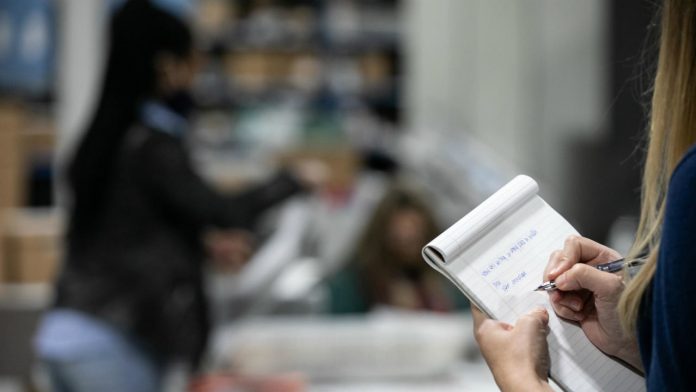 President Donald Trump has made repeated and unjustified allegations of electoral fraud since the United States began counting votes on Tuesday. However, a mandate from the Organization for Security and Co-operation in Europe (OSCE), which oversees major elections in all its member states including the United States, said they saw no evidence of fraud. What are these international monitors and what do they do?

In a report published a day after the vote, the OSCE in Vienna described the US election as “” competitive and well-run “but said it had been” torn apart “by legal uncertainty following Trump’s unprecedented attempts to undermine public confidence. Michael Georg Link went so far as to call Trump’s claims “baseless” and his calls to stop the vote in some states “a gross abuse of office.”

Jowharspoke with Katya Andrusz, an OSCE election observer and spokeswoman for its Office for Democratic Institutions and Human Rights (ODIHR), when she returned from an observer mission in Washington, DC. She said election observers saw an unmatched level of commitment among American voters and a renewed sense of appreciation from election workers.

FRANCE 24: The OSCE’s work spans the globe, covering three continents – North America, Europe and Asia – and more than one billion people. What did your mission to the United States mean?

Andrusz: An election is a snapshot of how a democracy works – or not, depending on the circumstances. We observe in 57 countries in what we call the “global north” – it does not include, for example, Africa or South America. The ODIHR is a branch of the organization, and during this US Election Day, we worked with our colleagues from the OSCE Parliamentary Assembly to observe how the US election developed. In total, the OSCE had about 100 people on the ground on 3 November.

The fact that this time the electoral process itself has become part of the political debate has made our work much more visible. This is the ninth time our organization has observed in the United States – we have been officially involved in their system since 2002. But now the process itself has become such a hot topic that the value of neutral election observation is higher than ever. And it was already loud to begin with. But we can really see that people appreciate the necessity this time that they may not even understand before.

The electoral system in the United States is very special. This is not my first choice, but it was very heartwarming to see how we were received this time. There was an awareness and an appreciation of why we were there, election officials were happy to show us all the voting machines and how they worked.

People were so much more engaged this time. And it was combined with a lot of voter education at the grassroots level. In the run-up to the election, people really tried to make sure that their constituents could find their way sometimes through this very complicated process, especially if they voted alone from their own homes.

I came away with a genuine sense of positivity about how this election was conducted. There was so much participation, so much really honest civic engagement from people who really want to make democracy work.

Q24: What did you observe during this election?

Andrusz: I spent the election in Washington, DC, where we had a core team of experts on all types of election-related issues, such as campaign economics and legal expertise. This time we also had an expert in new voting technology. He examined not only what happened to the postal vote but also the effectiveness of the apparatus itself. I observed the election there with the ODIHR’s Head of Mission, and we also have 30 non-permanent observers spread across the country. They cover a total of 28 states, including swing states such as Texas, Pennsylvania, Georgia [and] Michigan.

One of the most important things we have learned is that an election is, of course, much more than just election day. We did not arrive just before the polls opened last Tuesday; We have had team members on the ground since September 29 – that was when we opened this election observation mission. And then our long-term observers arrived in the country a week after that – they have been in America since the beginning of October.

It is very important to look at the specific environment before the election in each country, the campaign atmosphere and the rhetoric. And that was especially important in this case. But we also need to look at things like the legal framework, the media coverage, all the new voting methods that are used. So our long-term observers traveled across the country to talk to election officials and party groups from both parties to get as complete a picture as possible of how things worked in a more general way.

We had to be “all hands on deck” for election day itself, but it does not end there. Our team will stay in the country and will follow the process even if it takes a long time. We must follow until the end of all legal disputes.

Q24: How did you react to Trump’s allegations of electoral fraud?

Andrusz: Firstly, it is important to emphasize that every candidate has the right to go to court if they think there have been any errors in the process – they have the right to due process. And it is up to the court to decide in each of these cases.

Secondly, we as observers have no role to play in this legal process – we just need to keep looking at all the steps.

There were an unprecedented amount of disputes before this election – there were about 400 cases that we had to analyze before the vote started. And cases from and after the election will be very important when we make our final report a few months after the election. We need to see what happens to them, not only when they go to court but also when it comes to complaints and appeals – no matter what system there is, whether it is through disputes or other forms, that they are actually implemented. This is an important part of democracy: the process must go all the way to the end.

As for these allegations of fraud made (by Trump), we have been on the ground since the end of September, and from our observation, allegations of widespread shortcomings are unfounded. We have not seen any evidence of anything systematic – and that is an important word in this scenario. There are always errors and irregularities in every election, but – from our observation – they have been temporary in this election and there has been nothing “systematic” about them.