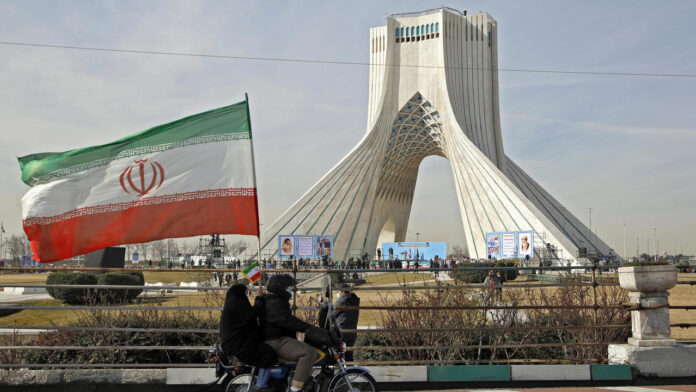 Iran has accused a French tourist of spying and “spreading propaganda against the system”, his lawyer said Monday, the latest in a series of cases against foreigners at a time of heightened tensions between Iran and the West.

Benjamin Brière was arrested 10 months ago after taking pictures in a desert area where photography is prohibited and asked questions “in the media” about Iran’s mandatory Islamic shawl for women, his lawyer Saeed Dehghan wrote on Twitter.

Authorities held Brière in a jail in the northeastern city of Mashhad, Dehghan said. Prosecutors recently presented the allegations of propaganda in a court hearing, he added without specifying when.

Brière “is in good health [and] has access to his lawyers, Dehghan said, adding that “French embassy officials have regular contact with him.”

There was no immediate confirmation of the allegations made by Iranian officials. Under Iranian law, a espionage conviction can lead to up to ten years in prison.

The Frenchman is the latest westerner to be held due to criticized spy charges. On Sunday, the prominent British-Iranian dual citizen Nazanin Zaghari-Ratcliffe reappeared in a court in Tehran to face similar allegations of spreading propaganda after completing his full five-year prison sentence. She remains in limbo in Iran and is awaiting sentencing and cannot fly home to London.

The cases come as Iran escalates pressure on the United States and European powers, including France and Britain, to restore much-needed sanctions that the country received under its broken nuclear deal with world powers.

Former US President Donald Trump abandoned the nuclear deal with Iran in 2018 and imposed harsh sanctions on the country. His successor Joe Biden has offered to join talks to re-establish the deal, but Washington and Tehran have reached a dead end, each insisting that the other revive the deal first.

Rights groups accuse Hard Disk in Iran’s security bureaus of using foreign prisoners as bargaining chips for money or influence in negotiations with the West. Tehran denies this, but there have been such exchanges of prisoners in the past.