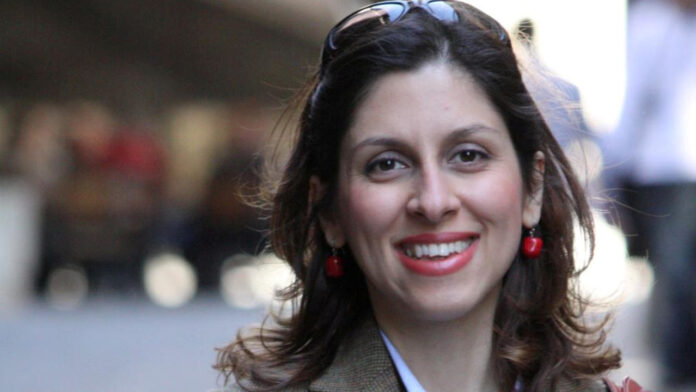 Nazanin Zaghari-Ratcliffe, a British-Iranian woman who is being held in an Iranian prison for five years on highly refuted espionage charges, ended her sentence on Sunday, her lawyer said. However, she faces a new court date in Iran on March 13 for charges including “spreading propaganda”.

Zaghari-Ratcliffe was able to remove the ankle bracelet for the first time since she was released from prison at furlough in March last year due to the severe coronavirus pandemic, the lawyer said. She has been under house arrest in her family’s home in Tehran ever since.

It is not “yet clear” whether she can leave the country, says Zaghari-Ratcliffe’s lawyer Hodjat Kermani to AP.

“I have been in contact with Nazanin’s family. Some news: 1) Thankfully, her ankle has been removed. Her first trip will be to meet her grandmother. 2) Less positive – she has been called to court again next Sunday,” Tulip Siddiq , Zaghari-Ratcliffe’s local MP in the UK, wrote on Twitter.

I’ve been in contact with Nazanin’s family. Any news:

1) Thankfully, her ankle has been removed. Her first trip will be to meet her grandmother.

2) Less positive – she has been summoned to court next Sunday. # FreeNazanin

In the autumn, Iranian state television suddenly announced a new indictment against Zaghari-Ratcliffe, but the trial was suspended indefinitely. Iran’s state IRNA news agency reported that Zaghari-Ratcliffe would be summoned to court on March 13 because of these new allegations, which include “spreading propaganda against the system.”

Zaghari-Ratcliffe, 42, was sentenced to five years in prison after being convicted of plotting to overthrow the Iranian government, a charge she, her supporters and rights groups strongly deny. She was kept at the airport with her little daughter after visiting the family on holiday in the capital Tehran. At the time, she worked for the Thomson Reuters Foundation, the news agency’s charity.

In what the UN has criticized as an “emerging pattern”, Iran has often arrested dual citizens in recent years, often with its cases as negotiating chips for money or influence in negotiations with the West, something Tehran denies.

British Foreign Secretary Dominic Raab said the British government welcomed the fact that she was no longer electronically tagged.

But he called her treatment of the Islamic Republic authorities “unacceptable”.

“She must return to the UK as soon as possible to be reunited with her family,” he wrote on Twitter.

The reversals of Zaghari-Ratcliffe’s internment have played out against a decades-old debt dispute between Britain and Iran. The countries have negotiated the release of about 400 million pounds (467 million euros) held by Britain, a payment that the late Iranian Shah Mohammad Reza Pahlavi paid for chiefs’ tanks that were never delivered.

The Shah abandoned the throne in 1979 and the Islamic Revolution installed the theocratic system that endures today.

Authorities in London and Tehran deny that Zaghari-Ratcliffe’s case is linked to the repayment agreement. But a prisoner exchange that freed four U.S. citizens in 2016 saw the United States pay a similar amount to Iran on the same day they were released.

Richard Ratcliffe, who has been fighting for his wife’s release for several years, has said that Iran held Zaghari-Ratcliffe in retaliation for the tank sales dispute.