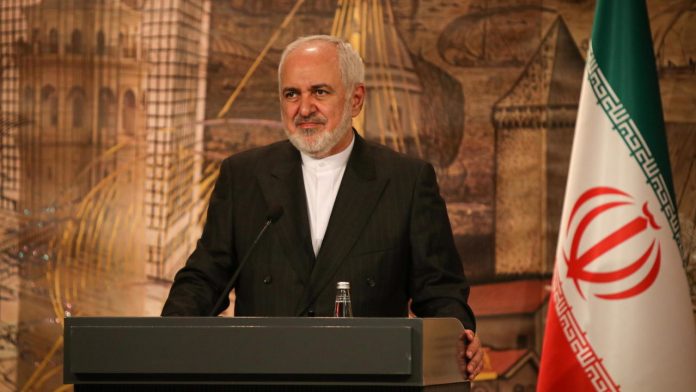 Iran’s foreign minister on Monday called on the European Union to coordinate a synchronized return of both Washington and Tehran to a nuclear deal, following a diplomatic dispute over who should act first.

US President Joe Biden has expressed support for returning to the agreement, from which Donald Trump left, but has insisted that Tehran first resume full compliance by reversing the measures taken to protest the widespread sanctions imposed by his predecessors.

Foreign Minister Mohammad Javad Zarif, who has previously demanded that sanctions end before Iran acts, offered a way forward during an interview with CNN International.

“You clearly know that there can be a mechanism to either synchronize it or coordinate what can be done,” he told interviewer Christiane Amanpour.

Zarif said that EU foreign policy chief Josep Borrell should play a role in his position as coordinator of the 2015 agreement – which also included Britain, France and Germany, as well as Russia and China.

“The United States must return to compliance and Iran will be ready to respond immediately. Timing is not the issue.”

Trump walked out of the deal negotiated under former President Barack Obama and instead promised to stifle Iran’s economy and reduce its influence around the region.

The Biden administration argues that Trump’s actions backfired, with Iran both moving away from the nuclear deal and only intensifying its opposition to US interests, with Foreign Minister Antony Blinken warning that Iran could now produce sufficient fissile material for a nuclear weapon within ” A few months.”

But Blinken once again warned that a return to the nuclear power agreement would not be quick.

“If it decides to come back to the agreement – it may take some time, it will take us some time to assess whether they had actually fulfilled their obligations,” Blinken told NBC News in an interview on Monday.

Zarif said in his interview that Iran could return to its previous commitments “in less than a day.”

“Some may take a few days or weeks, but it will not take long for the United States to implement the executive orders needed to put back Iran’s oil, banking, transportation and other areas that President Trump has violated,” Zarif.

Iran denies that it is seeking a nuclear weapon, but rival Israel has accused otherwise and threatened military action.