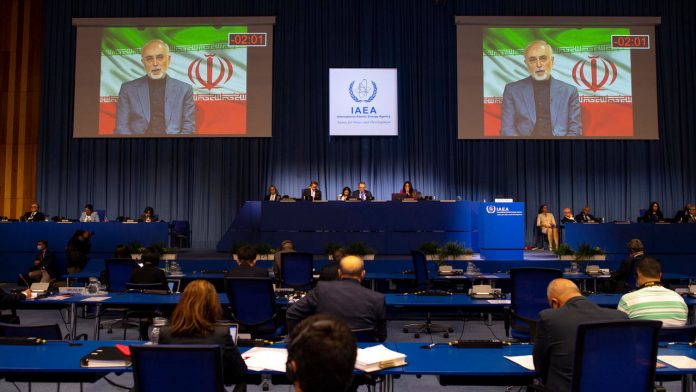 The UN nuclear watchdog saw on Wednesday that Iran’s statements about the presence of nuclear material in an undeclared place in the country were “not credible.”

The news comes as observers watch to see if Joe Biden’s victory in the US presidential election will lead to a detente between Iran and Western powers.

Although the Iranian authorities provided some information about the website, “the agency informed Iran that it continues to regard Iran’s response as not technically credible,” the International Atomic Energy Agency (IAEA) said in a report seen by AFP.

“A full and swift declaration by Iran on the presence of uranium particles of anthropogenic origin … in a place in Iran not declared to the Agency is needed,” the report said.

While the IAEA has not identified the site in question, diplomatic sources have told AFP that it is located in the Turquzabad district of Tehran, which was previously identified by Israel as an alleged site of secret nuclear activity.

A source familiar with the matter said that there was no indication that the site had been used for processing uranium, but that it could have been used for storage of it as late as the end of 2018.

The report did not provide any new information on two separate sites where the IAEA took samples in September and where undeclared nuclear activity may have taken place in the early 2000s.

The analysis of these samples is ongoing.

However, it confirmed that Iran’s enriched uranium stocks are now more than 12 times the limit set in a 2015 agreement with the world powers, although the rate at which the stock is expanding has slowed since the last report.

The 2015 agreement has gradually evolved since US President Donald Trump withdrew from the deal in May 2018 and continued to reintroduce crippling economic sanctions against Iran.

In retaliation, Iran has violated the boundaries of its nuclear activity set out in the deal since May 2019.

In addition to violating the limits on uranium stocks and levels of enrichment set out in the Joint Comprehensive Action Plan 2015 (JCPOA), Iran has used more advanced centrifuges than is permitted under the deal.

Wednesday’s report confirmed that, in line with previous statements by Iranian officials, centrifuges had been installed at an underground part of Natanz’s nuclear power plant after another part of the site was damaged in an explosion in July that Iran blamed on “sabotage”.

The three European powers that are still a party to the 2015 deal, namely France, Britain and Germany, have climbed to find ways to keep the agreement intact.

The election of Trump’s Democratic opponent Joe Biden as the next US president has given hope that the deal can be revived, as Biden has offered Iran a “credible way back to diplomacy”.

On Wednesday, Iranian President Hassan Rouhani said the country would take “every opportunity” that could “lift the pressure of sanctions off the shoulders of our people.”

However, obstacles remain for each detainee.

Iran insists the United States must lift sanctions imposed by the Trump administration before regaining the JCPOA’s borders.

The Trump campaign’s “maximum pressure” campaign on Iran has seen Tehran’s distrust of the Americans intensify and tensions between the two countries have twice led them to the brink of war since mid-2019.

Biden will face a tight window between his inauguration on January 20 and an Iranian presidential election scheduled for June 18, where reformists and moderates allied with Rouhani may face a tough challenge from conservatives.

On Friday, US Secretary of State Mike Pompeo will begin a tour of US allies, including several of Iran’s neighbors, during which he is expected to discuss increasing further pressure on Tehran during the Trump administration’s remaining two months.