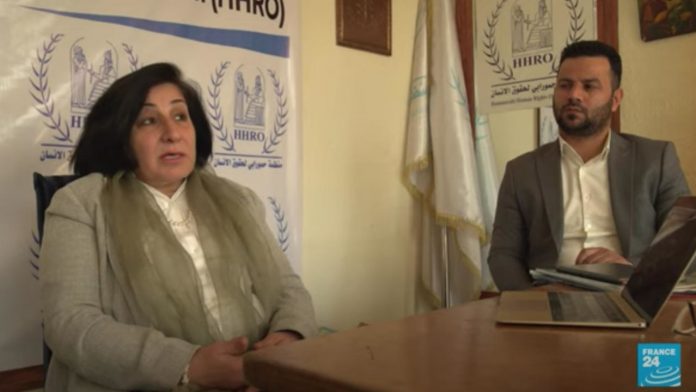 Christians in Iraq say they are victims of expropriation and threats from armed criminals. They are supported by humanitarian organizations, but there is a feeling of helplessness in the face of a perceived weak rule of law in the country.

Nabel George, a Christian from Baghdad, traveled abroad in 2014 for medical reasons. When he returned a year later, his house was occupied by armed men.

“When I returned, I realized that my house had been sold and sold several times. I contacted the highest authorities, but nothing. They stayed. There was no result.”

It took years of legal battles for George, a university professor, to reclaim his property – a rare success in such cases.

“For these cases, which affect Christians, the criminals who take their homes, or pretend to be, are well connected. Sometimes it’s just to scare Christians, but there are threats and it creates fear,” said Sofyan Hussein Ali, a Baghdadite. -lawyer.

For Pascale Warda, head of the Hammurabi organization, these expropriations particularly affect minorities and are a sign of Iraq’s weak rule of law.

Many Iraqi Christians claim that government figures are behind the expropriation. With corruption growing across the country, some believe legal action is a lost cause.