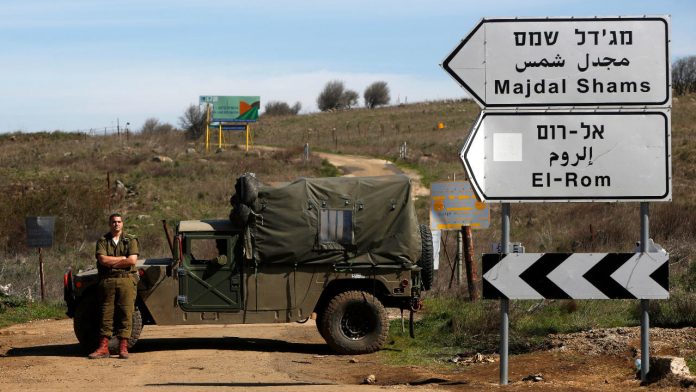 Two Syrian shepherds were exchanged for an Israeli woman in a prisoner exchange agreement on Thursday between the Jewish state and Syria mediated by Russia.

The Israeli military said the two had been arrested “a few weeks” after crossing the disputed border in the Israeli-occupied Golan Heights.

The Army ”returned [the] two more shepherds [the International Committee of the] Representatives of the Red Cross through the Quneitra crossing, in accordance with an Israeli government directive, “it said in a statement.

The military did not provide further details about the men’s identities, but Damascus’ SANA news agency confirmed the change and identified Syrian prisoners as Mohamed Hussein and Tarek al-Obeidan.

Israeli Prime Minister Benjamin Netanyahu later confirmed that the exchange was mediated by Russia, which has close ties with the Syrian government and is stationing troops in the country.

As a thank you to Russian leader Vladimir Putin after the deal, the Israeli prime minister said he had asked his “friend” to help “and he acted.”

Netanyahu said the young Israeli woman – who had rested across the border – was on her way home, and that his country had freed the two shepherds as a gesture of benevolence.

As part of the agreement, he said that a Syrian activist named Nihal al-Mokt, who is currently serving in the civil service, would have her sentence reduced by three months.

Earlier, SANA had said that the two shepherds were released following an agreement reached through “Russian mediation”, which also allowed the release of al-Mokt.

Netanyahu on Tuesday night had held a disaster meeting to discuss the “humanitarian” situation in Syria.

Asked to comment on Wednesday shortly after SANA reported on the prisoner exchange, he called it “a matter of life or death”.

“I use my personal contacts with President (Vladimir) Putin to solve the problem,” Netanyahu told an Israeli military radio station.

Israel seized much of the Golan Heights from Syria during the Six-Day War in 1967 and later annexed it in a move not recognized by the international community.

The countries remain technically at war.

Israel routinely conducts airstrikes in Syria, mostly against targets linked to Iran, in what it says is an attempt to prevent its arch-enemy from consolidating a foothold at its northern border.