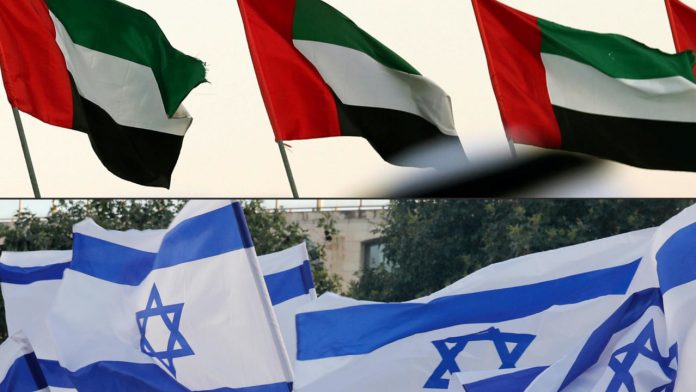 Israel opened an embassy in the United Arab Emirates on Sunday, its foreign ministry said, in a historic move four months after the Jewish state and the Gulf state normalized ties.

“Today, the Israeli Embassy in Abu Dhabi has been officially opened with the arrival of Head of Mission Eitan Naeh,” the ministry said in a statement.

“The Israeli Embassy in the United Arab Emirates will promote relations between the countries at all levels.”

The United Arab Emirates, along with Bahrain, signed an American broker in September to normalize relations with the Jewish state.

The agreements, known as the “Abraham Accords”, shattered a long-standing Arab consensus that there should be no normalization with Israel until it reaches a comprehensive peace agreement with the Palestinians.

The Palestinians condemned the agreements as a “backbone”.

The Foreign Ministry statement said that the Israeli embassy in Abu Dhabi will work from “temporary offices” until they find a permanent facility.

The mission will “expand ties with the Emirati government, financial institutions and the private sector, universities, the media and more,” it added.

Israeli Foreign Minister Gabi Ashkenazi welcomed the move, saying the embassy “would allow for an expansion of bilateral relations between Israel and the Emirates for the rapid and maximum realization of the potential of these ties.”

The Foreign Ministry’s announcement came shortly after the UAE said that its cabinet had approved the establishment of an embassy in Israel, also a first.

Ashkenazi welcomed the UAE’s decision, which he said “will promote warm ties between states and peoples”.

Earlier this month, Sudan also signed the Abrahamic Agreements, becoming the third Arab country to do so and the fourth to normalize diplomatic relations with the Jewish state in as many months.

Until last year, only Egypt in 1979 and Jordan in 1994 had normalized ties with Israel.

On Sunday, the Israeli government gave the green light to the agreement with Morocco before the final approval of the parliament.

The Foreign Ministry said that its mission in Rabat as well as a consulate in the United Arab Emirates’ Dubai would be opened “in the coming days”.

An Israeli embassy in Manama, Bahrain, has been active for a number of weeks, the statement said.