Home NEWS It is not time to reduce the Covid-19 restrictions, says the French...
Facebook
Twitter
WhatsApp
Linkedin
LINE 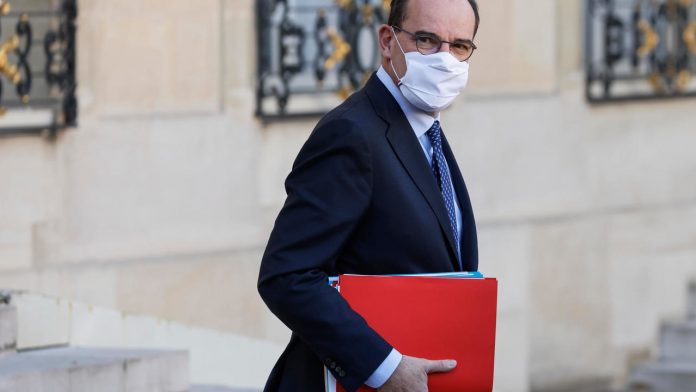 It is too early to relax the lock-in measures introduced to quell a galloping second wave of the Covid-19 pandemic, French Prime Minister Jean Castex told Le Monde newspaper ahead of a keynote address later on Thursday.

Castex, which will hold a press conference at 6 pm local time (GMT + 1), said there were early signs of a narrowing of Covid-19 figures in France.

But he told the French daily, “this is certainly not the time to loosen the reins.”

France reported 35,879 new cases of coronavirus on Wednesday, bringing the total to more than 1.86 million, the fourth highest in the world.

France is almost two weeks into a new national shutdown, which has hit the economy, but some politicians hope that if the country’s Covid-19 figures improve, the country may be able to open large stores and businesses for Christmas.

On Thursday, Economy Minister Bruno Le Maire said the crucial Christmas period could be saved, provided people follow the restrictions until then.

“What I want is for us to be able to save December for retailers … What will dictate the decision of the Prime Minister and the President is the protection of the security of the French people,” Le Maire told BFM Business radio.

“We can have a dynamic December” if the population follows current guidelines, he added.