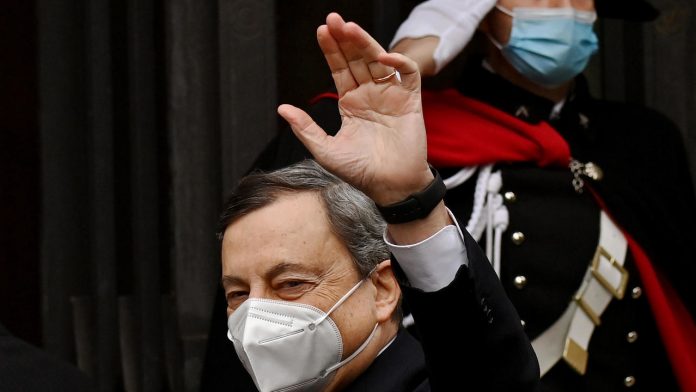 Prime Minister Mario Draghi easily won a vote of confidence in Parliament’s upper house on Wednesday night after promising to do what is necessary to lead Italy out of the coronavirus pandemic and rebuild its economy into a more sustainable and equitable economy for future generations.

The Senate voted 262-40 by two abstentions in support of Draghi’s techno-political government, which he formed at the request of the Italian president to govern Italy through health and economic crises. A vote of confidence in the lower house on Thursday is also expected to give Draghi broad support, as he has received support from all of Italy’s political spectrum.

Draghi told senators that Italy has a once-in-a-lifetime chance to reconsider and rebuild the country and urges them to unite behind their government, which he promised will be environmentally conscious, strongly pro-European and focused on technological and digital reforms.

“Today, unity is not an option, it is an obligation,” Draghi said to applause as he outlined his government program. “An obligation governed by that which unites us all: love of Italy.”

Draghi, the former head of the European Central Bank, who is largely credited with saving the euro by declaring that he would do “whatever it takes” during the European debt crisis, promised a similar overall effort to get Italy out of the pandemic. Since the virus first broke out in Italy at this time last year, the country has reported over 94,000 deaths related to COVID-19, more than any other European country except the United Kingdom.

He said the main purpose of his administration was to confront the pandemic and save Italian lives “by all means”, including strengthening public health, bringing civil protection and armed forces to speed up the nation’s vaccination campaign and ensure that families can cope with the financial downturn from lockdown.

“The virus is the enemy of us all,” said Draghi, 73, urging politicians to abandon their personal and political interests and adopt the same spirit of sacrifice that their parents and grandparents took on after World War II.

The premiere said that Italy had an opportunity not seen since then to rebuild the country from scratch with the more than 200 billion euros ($ 241.2 billion) in the European Union’s recycling funds. Draghi said his government would be “convincing” for the EU and for the United States, and that he intended to strengthen bilateral relations, especially with France and Germany.

It was a marked shift from the 5-star government of Prime Minister Giuseppe Conte, which in 2019 became the first group of seven countries to join China’s ambitions Belt and Road Development Initiative.

Draghi’s government swore in over the weekend and covered some remarkable weeks that saw Conte, Italy’s popular prime minister since June 2018, resign after a key ally gave his support to Conte’s pandemic response. Following the failure of efforts to form a third Conte government, President Sergio asked Mattarella Draghi to form a high-profile, non-political government.

Draghi’s 23 cabinet includes politicians in most ministries but puts technical experts in key roles, especially those responsible for ensuring that the funds that Italy expects to be spent according to EU criteria. About 37% of the allocated recycling funds must go towards environmental goals, while 20% he must engage in digital transformation.

Italy has one of the worst records in the EU in terms of using intended EU funds, a trend that Draghi seems to want to end.

“Everything wasted is a crime we are committing against future generations,” he said.

Draghi clarified that Italians who have lost their livelihoods due to virus-related closures would be a top priority, citing women, young people and other insecure employees who have had the brunt of lock-in measures. But he said some activities would be protected more than others, in the sense that the government would prioritize industries and jobs that fit its environmental and technology-driven focus.

He pledged investments to retrain workers for sustainable high-tech jobs, especially in Italy’s underdeveloped south, to combat the dual problems of unemployment and the need to change Italy’s economy, which fell by 8.8% last year.

Draghi quoted Pope Francis as calling for a new approach to preserving the environment and Italy’s cultural and natural treasures. He said Italy’s tourism sector, which accounts for about 13% of GDP, needs help to recover, but sustainably.

He outlined a number of planned reforms, including a large-scale review of income tax and the judiciary, greater investment in education and research, and making public administration more digitally friendly to ordinary citizens.

“A good starting point,” tweeted Salvini. “League is on board.”

However, one of Salvini’s right-wing allies doubled his opposition. Georgia Melloni, leader of the Brothers of Italy party, said her lawmakers would vote “no” in the board of trustees, citing in particular Draghi’s emphatic comments about renouncing national sovereignty for European cohesion.

“We will evaluate individual actions that come up for vote, without relinquishing sovereignty, which we do not recognize,” Melloni said.

The Draghi government also enjoyed the support of most of the anti-establishment 5-star movement, the largest party in the Italian parliament, although some lawmakers said they would vote against.