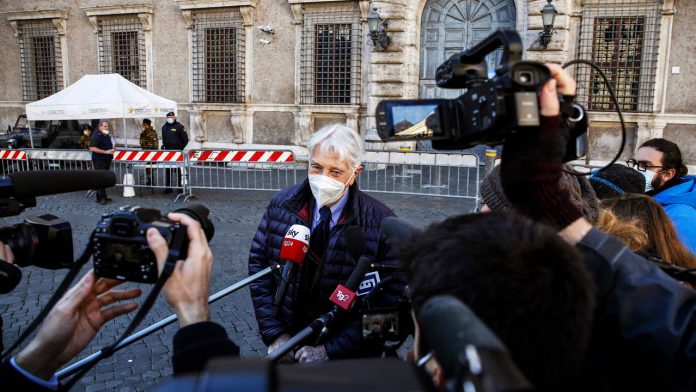 Augias, a journalist and former member of the European Parliament, withdrew his medal from the French embassy in Rome, accusing Sisi of being “objectively involved, as head of state, in the criminal conduct of his men”.

French President Emmanuel Macron last week gave Sisi the Grand Cross of the Legion of Honor during a state visit to Paris, which sparked outrage among activists who say France should do more to raise human rights concerns in Egypt.

“At this point, President Al-Sisi, who has at least an ambiguous position, could have been received with all the state awards … but without this further recognition,” Augias told reporters.

The parents of Giulio Regeni, an Italian student who was tortured and murdered in Cairo in 2016 in an attack blamed by Italian prosecutors on Egyptian security authorities, welcomed the gesture.

“Augia’s example is a fantastic consequence and support for civil rights,” Paola and Claudio Regeni told Italian media on Sunday.

Roberto Fico, President of the Italian House of Commons, also called for the move.

“Europe must be united and supportive, never selfish, even more so when fundamental rights are at stake,” he said in a Twitter post.