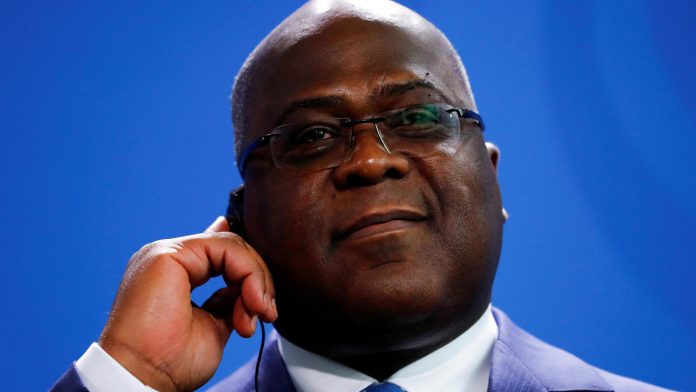 Prime Minister Sylvestre Ilunga Ilunkamba of the Democratic Republic of Congo said on Thursday that he accepted Parliament’s distrust of his government and paved the way for President Felix Tshisekedi to appoint his loyalists to key ministries.

Ilunga’s resignation, an ally of former President Joseph Kabila, cements Tshisekedi’s break from a power-sharing pact that had been forced upon him when he came to power two years ago because Kabila’s allies still controlled parliament.

The awkward alliance, which forced Tshisekedi to negotiate with his predecessor on all political changes, contributed to the challenges facing his government as it sought to curb violence in the eastern mining heart of the Congo, reform the judiciary and gain financial assistance from the International Monetary Fund and the World Bank.

The presidency said on Twitter that 391 lawmakers out of 500 in the Congolese lower house now supported Tshisekedi’s new political alliance, known as the Holy Union.

Tshisekedi had begun talks last month with political, religious and civil society leaders to broaden his support for his government and help him secure a parliamentary majority.

He now faces the challenge of juggling the interests of the 20 or so different political parties that support him. He also needs the help of Kabila appointees who still run large institutions, such as the central bank and the security services.

Ilunga, who had 24 hours to respond to Wednesday’s successful parliamentary proposal against him, said he recognized the legitimacy of the vote, after previously questioning it.

“I am awaiting notification of the decision to fulfill my duties in accordance with the Constitution,” he said in a statement.

Tshisekedi, 57, took office in January 2019 after elections that were criticized for irregularities but enabled the DRC’s first peaceful transition since independence in 1960.

His predecessor, who is still only 49 years old, had ruled the country for 18 years and still retains extensive clout power through allies in politics, military and business.