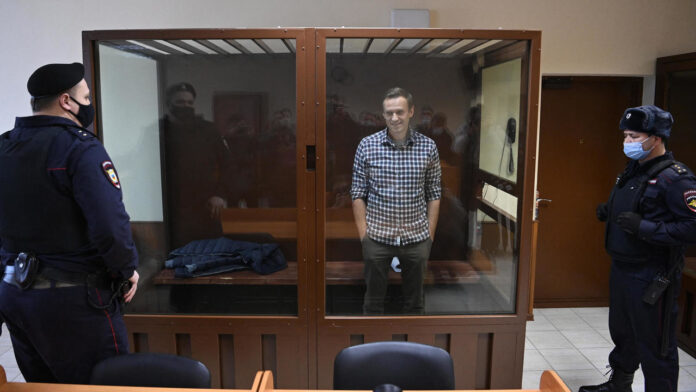 Kremlin critic Alexei Navalny has been transferred from a prison in Russia’s Vladimir region and his whereabouts are currently unknown, according to a post on Friday on Navalny’s Twitter account, referring to his lawyers.

Navalny, one of President Vladimir Putin’s most prominent critics, was released from prison in Moscow last month to serve a sentence of about two and a half years after a court that ruled the West condemned him as politically motivated.

He was originally held in the Kolchugino prison in the Vladimir region northeast of Moscow. The news agency TASS, citing a source for law enforcement, reported at the time that Navalny was being held there for quarantine before being moved to the IK-2 penal colony, also in the Vladimir region.

Vadim Kobzev, one of Navalny’s lawyers, said he had visited his client on Thursday, but that another lawyer had tried to see him on Friday only to eventually learn that Navalny had been relocated.

“The prison said he was not there and that was it,” Kobzev told Reuters, adding that Navalny was in good health after visiting him the day before.

Navalny, 44, was arrested in January when he returned from Germany after treatment for poisoning with what many Western countries say was a nerve agent.

The Kremlin denied any involvement in what had happened to him, questioned whether he had really been poisoned, and suggested that the whole thing could have been staged.

Navalny was jailed last month for violating the terms of what he said were trumped charges and will serve about two and a half years in prison.

Western countries have demanded his release, and the United States and the European Union have imposed sanctions on Moscow in the matter.