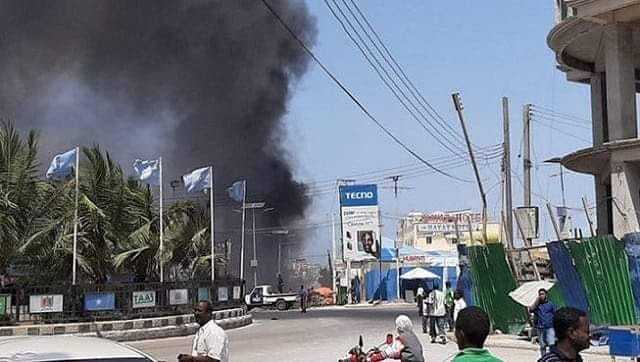 Gunfire and explosions can still be heard inside the Afrik Hotel in Mogadishu after gunmen entered.

The military officers who were inside the hotel and were evacuated safely include General Yusuf Mohamed Siyad Indhaade, Labo Afle and Hussein Goley, the hotel owner.

Al-Shabaab terrorists carry out this attack when the hotel refuses to pay Al-Shabaab zakat.

Al-Shabaab claimed responsibility for the ongoing attack inside the Afrik Hotel that resulted in deaths and injuries.

Stay tuned for updates on jowhar.com