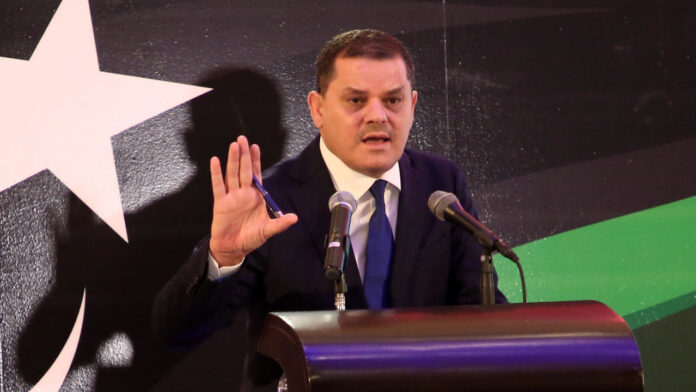 Libya’s eastern administration officially handed over power on Tuesday to a new executive set to unite the war – torn country and steer it towards elections later this year.

The Government of National Unity (GNU), elected through a UN-backed process, is the latest internationally supported bid to end a decade of chaos in the North African nation and unite rival administrations.

Under the leadership of the caretaker Prime Minister Abdul Hamid Dbeibah, the GNU replaces both the Tripoli-based National Accord Government (GNA) and a parallel cabinet headquartered in the Cyrenaica region and not recognized by the international community.

The main eastern region has been under de facto control of the forces of the military strongman Khalifa Haftar.

Tuesday’s handover took place at the seat of the parallel eastern government, hitherto led by Abdallah al-Thani, in Libya’s second city of Benghazi.

“The division period is over,” Gotrani was quoted as saying by local media. “The Government of National Unity is at the service of all Libyans, regardless of region.”

“From Monday, our embassy in Tripoli will reopen and our ambassador can return to your territory,” he told the visiting chair of the Libyan Presidency, Mohamed al-Manfi, in Paris.

The embassy had been officially closed since July 2014.

“I want to show here all my and France’s support for the new Libyan unifying authorities that emerged from the transition process,” Macron said.

“We have a debt to Libya and the Libyans for a decade of concern,” he said, adding that regional stability would be impossible without peace in Libya.

Libya sank into conflict after dictator Muammar Gaddafi was overthrown and killed in a NATO-backed uprising in 2011, with a series of forces fighting to fill the void.

Dbeibah swore in last week after parliament approved his cabinet in a move hailed by key leaders and foreign powers as “historic”.

Other countries, including Egypt and Malta, have also announced their intention to reopen embassies in Tripoli.

The interim chief faces dire challenges in uniting the country’s institutions, ending a decade of international strife and preparing for the December 24 elections.

Tuesday’s handover came a week after Fayez al-Sarraj, the outgoing head of the Western-based GNA, formally relinquished power to the new unit administration.

Sarraj and his UN-recognized GNA had never won the support of the eastern authorities.

Strongman Haftar has not officially participated in the political negotiations.