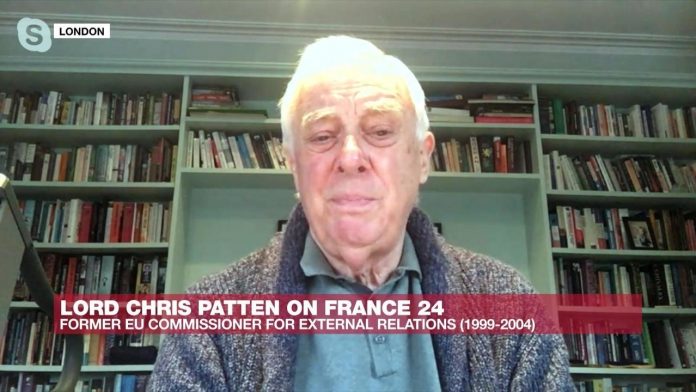 In an interview with FRANCE 24, Lord Chris Patten, who was the last British governor in Hong Kong, said that China had betrayed its commitment to preserve “one country, two systems” in the city. “Hong Kong has been handcuffed by the Chinese regime,” Lord Patten said, referring to Beijing’s aggregation there in recent months. About the Chinese Communist Party, he said: “You can not trust it [it] longer than you can spit. ”

Lord Patten told Jowharthat China’s violence against dissent and erosion of the rule of law was not just a reaction to the recent protest movements in Hong Kong, but a carefully planned move. He accused Chinese President Xi Jinping of being behind a decision to introduce an authoritarian model for the financial hub and a step away from democratic values.

The former British governor warned that the Chinese Communist Party was anxious to impose its will not only on Hong Kong but also on Taiwan. He noted that Western countries had become louder when they expressed concern about China’s frightening moves in the region.

Asked about British politics, Lord Patten said that although he was a former chairman of the Conservative Party, he regretted his party’s support for Brexit and described Prime Minister Boris Johnson as “not someone you want to trust very much”.