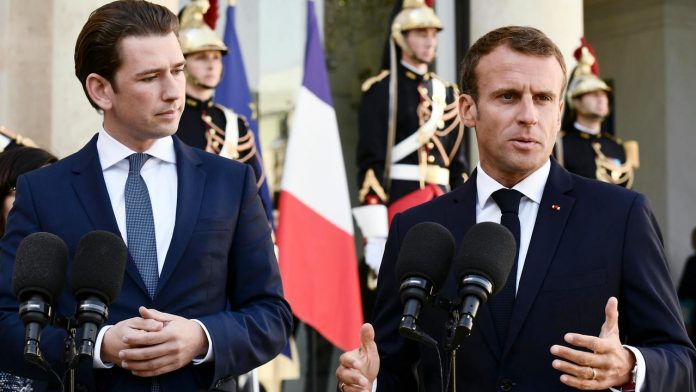 French President Emmanuel Macron will host the Austrian Chancellor for talks on Tuesday ahead of a video conference with other EU leaders to discuss a joint response to the latest terrorist attacks carried out by radical Islamists.

Macron and Chancellor Sebastian Kurz will join a telephone conversation between, among others, German leaders and the European Commission, said the French Presidency.

The meeting comes a week after an armed man killed four people in a shooting in the heart of Vienna.

The bloodshed in the Austrian capital followed last month’s attack on a church in Nice and the beheading of a teacher near Paris.

Some of the participants in Tuesday’s video call will ask questions during an online press conference afterwards, Macron’s office said.

Last week, the French president called for a reconsideration of Europe’s open Schengen area, including more robust protection of the zone’s external borders.