Home NEWS Macron plans a referendum to include the fight against climate change in...
Facebook
Twitter
WhatsApp
Linkedin
LINE 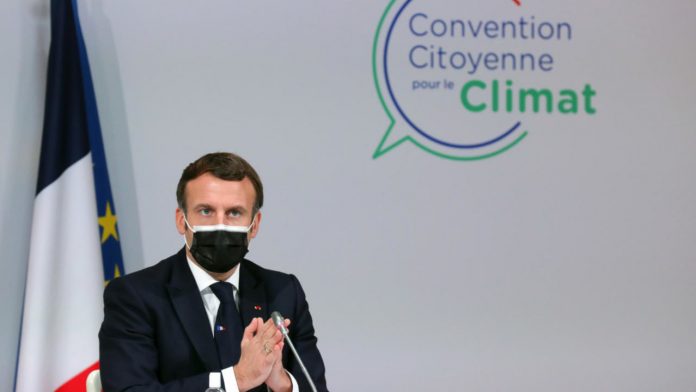 President Emmanuel Macron said on Monday that he plans to hold a referendum on amending the constitution to include a commitment to combat climate change and to protect the environment.

Macron told members of a citizens’ convention on climate and said that the referendum proposal must be approved by the lower house of parliament and the senate.

Amending the constitution to include the climate commitment and making the destruction of nature a crime – so-called “ecocide” – topped a list of proposals made by the convention in June.

The group consists of 150 randomly selected publics who were commissioned by the government to propose ways in which France could reduce its emissions.

The most recent referendum in France was in 2005 when voters were asked to support the creation of a European constitution.

They rejected the proposal in a humiliating defeat for then President Jacques Chirac.