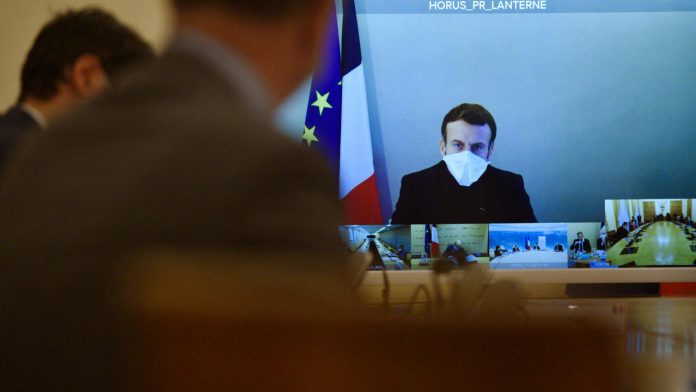 Macron, who celebrated his 43rd birthday on Monday, has been isolating himself at La Lantern’s official residence in Versailles since Thursday night, when he was tested after suffering from fatigue, coughing and pain.

The French president said he would provide updates on his health during his illness.

On Monday, he was seen chairing a cabinet meeting through video conference.