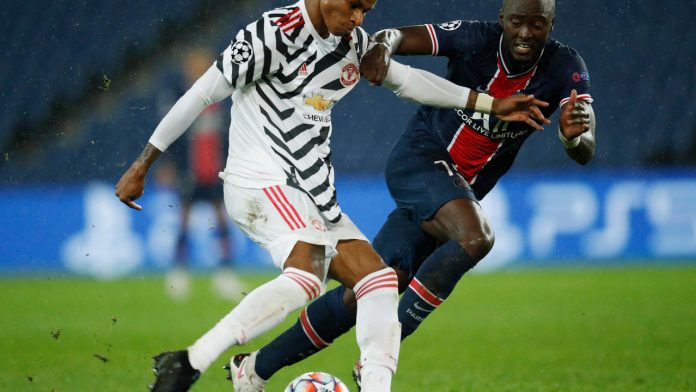 The English striker, whose last penalty kick gave United an astonishing victory over PSG here in the last 16 of 2019, smashed home low in the 87th minute when Ole Gunnar Solskjær’s side claimed a well-deserved three points.

“They were both chances to win the match. As a striker, when it’s late, it’s your mindset, you may only get one chance and you will have to do your best to make it happen,” he said. Rashford to BT Sport after repeating his heroism two seasons ago.

United had taken the lead in the first half behind closed doors in Paris with permission for a resumed Bruno Fernandes penalty after United’s captain for the night had originally missed.

But it looked as if PSG would escape with a draw despite a poor performance after French striker Anthony Martial headed a Neymar corner into his own net 10 minutes after restarting in this Group H meeting.

It’s another good result for Solskjaer, who was handed the United manager’s job on a permanent basis based on that victory here in March 2019 and has now seen his side jump back in style from an embarrassing 6-1 home loss to Tottenham Hotspur. just before the recent international break.

He had again left Paul Pogba on the bench by kick-off, just like in Saturday’s 4-1 Premier League win over Newcastle United, and the Norwegians’ decision to start with three key defenders also paid off.

Axel Tuanzebe, whose last start had come 10 months ago, came into the back line with Harry Maguire missing, while there was a debut as a left-back for Alex Telles after the Brazilians’ arrival from Porto.

PSG, meanwhile, looked out of sorts and perhaps struggled more than their visitors to adapt to the bizarre experience of playing such a game without fans.

At various times, the Parc des Princes would have buzzed with anticipation ahead of the first game of another Champions League campaign under the light.

Instead, it was empty, at. 21.00 local time in this match coincided with the start of the night ban recently imposed in the French capital as part of an attempt to curb the spread of coronavirus.

PSG were hoping to get a winning start on their latest bid to win this competition two months after Thomas Tuchel’s side lost to Bayern Munich in the final.

The French champions also sought revenge against United for the defeat in the last 16 of 2019.

However, the visitors got a chance to pulling one back after 23 minutes, due to a defensive blunder leaving Martial completely unmarked. His strike was pathetic though, easy prey for the home side’s keeper.

After missing a penalty kick in this weekend’s victory in Newcastle, Fernandes – wearing the captain’s bracelet in the absence of Maguire – this time saw his kick stopped by Keylor Navas.

However, the Costa Rican was out of his line when he made the save, so referee Mateu Lahoz ordered a resumption. Fernandes kept his nerve to score the second time.

PSG were close to taking an early lead when an Angel Di Maria curler was tipped around the post by David de Gea, but they looked out of color and missed Marquinhos and Marco Verratti.

The changes had the desired effect. After a stunning De Gea save from Kylian Mbappe and a Layvin Kurzawa cross that landed on the crossbar, Paris equalized in the 55th minute when Neymar’s corner from the left was headed into his own net by Martial.

Pogba was then passed on by Solskjær, and the action fluctuated from end to end. Still, it was Rashford who had the best chances, with Navas being denied twice before finally finding the net.

The result puts United nicely up for next week’s home game with RB Leipzig, who also won on Tuesday and beat Istanbul Basaksehir 2-0 in Germany.