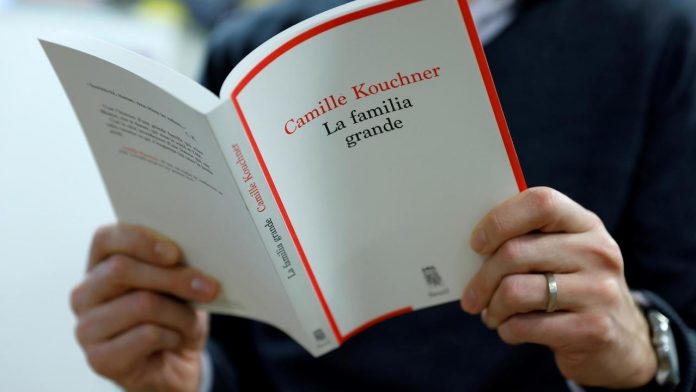 This week we examined a new wave of the #MeToo movement that has taken hold in France, how centrist parties have made a determined transition to the right to try to hold on to power, dark chocolate secrets are revealed in Lyon and Hungary acts as Russia’s Trojan horse in Europe?

After a slow start, #MeToo movements are gaining momentum in France

When the #MeToo movement took hold in France in October 2017, it freed women to come forward with stories of sexual harassment and abuse but had few consequences for their aggressors. In recent months, there has been a new wave of #MeToo accusations, this time with concrete results.

This photograph shows the book “La familia grande” written by Camille Kouchner, depicted on January 5, 2021, in Paris. Accused of incest on one of his stepsons in this book to be published on January 7, 2021, the famous French political scientist Olivier Duhamel announced on January 4 that he would end all his functions, including the president of National Political Science. Foundation (FNSP). © Joel Saget, AFP

The centrist government of French President Emmanuel Macron has launched procedures to shut down Generation Identity as it seeks to tackle right-wing extremism.

Members of Generation Identitaire protest against immigration in Paris, 28 May 2016. Matthieu Alexandre, AFP

Eight years after France launched a military operation in Mali, the mission has expanded while uncertainty in the Sahel region has increased. But at the G5 205 Sahel summit this week, recent military achievements over the past year served as an incentive to continue operations and seek to increase the commitment of local authorities and European allies.

WHO sees a decline with Covid-19 by 17%, but experts say that variants pose new threats

The World Health Organization (WHO) announced a 17 percent decline in new cases of Covid-19 worldwide, a trend recorded in all six regions it monitors. But these hopeful statistics may obscure incomplete data from smaller countries and a lack of understanding of new variants of the virus.

A televised debate between French Interior Minister Gérald Darmanin and Marine Le Pen, leader of the right-wing National Rally (formerly National Front), promised to be lively. But what was unexpected were the ideas shared by a couple who are probably fighting politically. Sociologist Ugo Palheta discusses the change in French political rhetoric that he says can lead the far right to power.

Culture vs Covid: The film world is waiting for the final credits of Covid-19

Encore! speaks to award-winning, Chinese-born, New York-based filmmaker Nanfu Wang, who won the jury award at the Sundance Film Festival two years ago for “One Child Nation.” Her new film, “In the Same Breath”, draws parallels between misinformation about the pandemic in China and America.

Encore! reports from one of Europe’s largest state homes, the Domaine of Chantilly. One hour away from Paris, it is France’s largest privately owned property.

Celeste on her first album

Singer Celeste, who despite all the challenges from last year was one of the latest artists from 2020, has been nominated for a Golden Globe Award and her first album “Not Your Muse” is just out.

Delicious creations in Lyon, the chocolate capital of France

In the city of Lyon, the chocolate and gastronomy capital of France, technology is a well-kept secret. Philippe Bernachon shows us part of the process of making chocolate from cocoa beans. At Voisin’s chocolate factory, we learn how to make old-fashioned pralines from large chocolate bars. Meanwhile, Willy Ferrier talks about his unique work as a chocolate sculptor.

You are here (in Lyon) © France 24 screenshots

EU member state Hungary decided to go it alone and approve Chinese and Russian Covid-19 vaccines before Brussels did so. The Hungarian government, which is accused by Brussels of breaking the bloc’s rules by attacking the media and the rule of law, seems to be thriving in Moscow in a number of areas.

Democratic freedoms lapse in the face of the Covid-19 pandemic

A recently published report by the Economist Intelligence Unit on the state of democratic freedoms has downgraded France to a “deficient democracy” as civil liberties in both rich and poor countries are attacked under Covid-19 restrictions. The perspective discusses the sensitive balancing act of protecting individual freedoms in the midst of a global health crisis with the report’s author, Joan Hoey.

Ten years after the Libyan revolution against Muammar Gaddafi and the power vacuum that followed, Libya is often described as a failed state. A UN-brokered ceasefire between the two main warring factions was agreed in October and the caretaker government is set to hold elections by the end of this year. We discuss Libya’s difficult path to peace with Wolfram Lacher, author of “Libya’s Fragmentation”.

Circus animals: life after the star?

French circus workers warn that a threatening ban on the use of wild animals in travel shows would make their industry kneel. It also raises questions for their star artists: Today, there are 700 wildlife in the country’s circus, including 500 big cats. What does their future look like after life on stage?