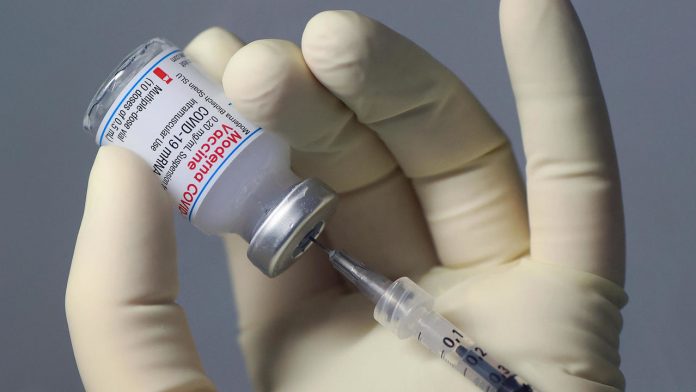 The American biotechnology company Moderna said on Monday that laboratory studies showed that its Covid-19 vaccine would remain protective against variants of coronavirus that were first identified in the UK and South Africa.

But out of caution, the company will try to add a second booster of its vaccine – to make three shots in total – and has begun preclinical studies on a booster specifically for the South African variant.

“We are encouraged by this new information, which strengthens our confidence that the Modern Covid-19 vaccine will be protective against these newly discovered variants,” said Stephane Bancel, Moderna’s CEO.

“Out of an abundance of caution and utilization of the flexibility of our mRNA platform, we are advancing a emerging variant booster candidate against the variant first identified in the Republic of South Africa to the clinic.”

To study the effects of the existing vaccine, called mRNA-1273, Modern took blood samples from eight people who received two doses of the vaccine and two primates who had also been immunized.

For the B.1.1.7 variant, first identified in the UK, there was no effect on the level of neutralizing antibodies – which bind to the virus and prevent it from invading human cells – produced by the shoots.

However, for the South African variant, B.1.351, the neutralizing antibody level decreased six times.

Nevertheless, it remained above the quantity found to be protective in previous tests on deliberately infected primates.

The company, which conducted the studies with the National Institutes of Health, has submitted the study to an oppression server so that it can be analyzed by the wider scientific community.