Home NEWS Mohamed Abdirizak: “Expulsion is not what we did to the Kenyan ambassador”
Facebook
Twitter
WhatsApp
Linkedin
LINE 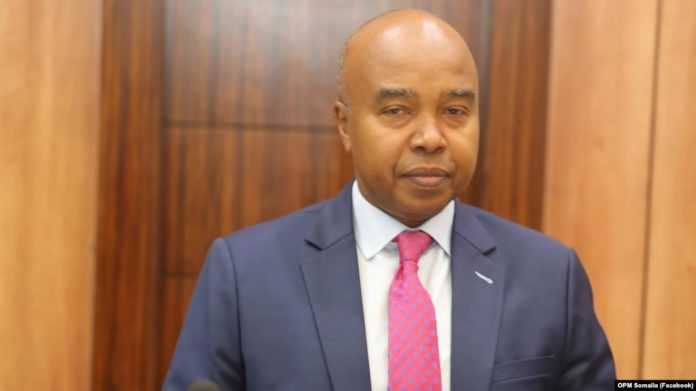 Minister of Foreign Affairs Mohamed Mohamud described the government’s decision to reopen ambassador in Nairobi, Kenya in Mogadishu while the ambassador informed to go home.

In an interview with VOA, he said the move was not about the expulsion of the Kenyan ambassador, but about the diplomatic process in some countries, when there are sensitive issues and concerns.

He said Somalia was not the first country to take such a step, but that Kenya had done the same last year, summoning its ambassador.

The minister accused the Kenyan government of putting pressure on Somali politicians and regional leaders to intervene directly in the internal affairs of the country, and that there was no need for any other country to interfere.